Why Measles Is So Contagious and How to Protect Yourself 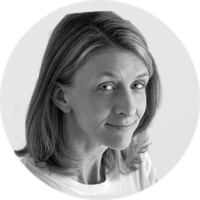 Here’s everything you need to know about how measles spreads and the best ways to prevent infection.

Measles was eliminated from the United States in 2000, but it’s back — in a big way.

With misinformation about measles spreading like its own virus on social media, here’s what you need to know to keep yourself safe.

Measles is a highly contagious respiratory virus. Once you’re infected, the germs live in your nose and throat mucus so when you cough or sneeze, you can pass it on to others.

A blotchy rash is the most well-known symptom of measles.

Typically, “it starts at the scalp and works its way down the body,” said Dr. Gina Posner, a pediatrician at MemorialCare Orange Coast Medical Center in Fountain Valley, California.

Other measles symptoms include:

Recently, a clip from “The Brady Bunch” has been making the rounds online as part of an argument that measles isn’t “that” bad. In it, Marcia Brady assures her siblings — all home from school but happily playing board games — “If you have to get sick, sure can’t beat the measles!”

But experts disagree — and for several reasons.

Yes, a rash is the “calling card” of the measles infection and many times, it’s when people first receive a diagnosis, noted Dr. Matthew Zahn, chairman of the Infectious Diseases Society of America’s public health committee. But it’s not the first symptom.

In fact, people with measles become infected — and contagious to others — four days before those telltale red spots appear.

During that time, you’ll start to have flu-like symptoms, “but oftentimes, you won’t have any reason to suspect measles,” said Zahn.

So as you go through your usual routine, thinking you’re toughing out some random illness, you could actually be spreading more measles germs around.

“When an infected person coughs or sneezes, the measles virus is aerosolized,” explained Zahn.

In other words, little droplets of it travel through the air. If you’re within proximity, you have the potential to be exposed to the germs and infected, too.

The measles virus can survive up to on surfaces and objects, but “closeness matters,” said Zahn. “People who are most likely to get sick after being exposed are people who share the same household or who have had face-to-face contact.”

The National Foundation for Infectious Diseases estimates that for every person who gets measles, 9 out of 10 of their unvaccinated close contacts will get it, too.

It’s impossible to predict how severe a case of measles will get — and that’s especially true for children under the age of 5.

Complications of measles include:

According to the , 1 in 4 people who get measles will need to be hospitalized.

While 1 in 1,000 will have brain swelling that could lead to long-lasting brain damage, as many as 2 out of 1,000 cases can be fatal, even with medical care.

If you get measles while pregnant, you’re also at risk for miscarriage, premature birth, or a baby with low birth weight.

And even after you recover, you’re still at risk for a deadly brain disorder called subacute sclerosing panencephalitis (SSPE).

“SSPE can occur 7 to 10 years after you’ve had the measles,” Posner said.

How can I protect myself?

Measles doesn’t have a cure. The reason it was completely eliminated from the United States 19 years ago was a concerted effort to get people vaccinated.

“And we have to remember, vaccinations aren’t only to protect your own child, but someone else’s child who may not be able to get vaccinated for legitimate reasons,” said Posner.

For instance, the live virus in the MMR vaccine can cause infections in people with cancer going through chemotherapy.

are recommended for all kids. The first is given between 12 and 15 months, and another between 4 and 6 years of age.

If you’re traveling out of the United States, the recommends a different timetable.

A baby between 6 and 11 months old should get one MMR dose before leaving the country. Kids who are at least 1 year old should get both doses, 28 days apart.

If your child is too young to be vaccinated, “I wouldn’t recommend holing up in your house, but do avoid huge, crowded indoor places if you can,” said Posner.

If you were born during or after 1957, you need to have had at least one dose of the MMR vaccine during your lifetime.

Even with one vaccine, “your chances of being protected are still 95 percent,” said Zahn.

That’s because “the second MMR dose isn’t a booster. It’s intended for the 5 percent of people who don’t react to the first one,” he explained.

A few select groups need to take extra precaution. For instance, since healthcare workers have the potential to be exposed to measles and expose others, “you should have proof of two MMRs or a blood test of your immunity,” Zahn said.

And if you’re headed outside the United States, where measles is even more widespread, you also need documented proof that you’ve had both MMR doses.

“While we’re seeing local outbreaks across the country, the risk to the average person in the U.S. is near zero,” assured Zahn. “This germ is very infectious, but the vaccine is very effective. If you’ve gotten at least one MMR dose, you’re likely to be protected, and if you’ve had both, your chances of sickness are even lower.”

Public health officials work hard to identify people who are at risk for measles and let them know, but if you have reason to believe that you or someone in your family has been exposed or are showing signs of the disease, call your doctor. There’s nothing wrong with being cautious.

That said, “for most people who start to have flu-like symptoms, it probably is just the flu,” Zahn said.