Written by Elizabeth Pratt on November 6, 2018

Experts say good oral health can keep bacteria that can affect your blood pressure in check.

Poor oral health can lead to a variety of health problems.

Now, researchers have concluded health issues with your gums may also make it more difficult to manage high blood pressure.

Researchers in Italy say that people with hypertension who also have gum disease have blood pressure readings that are higher on average than those without gum disease.

The study is the first to identify a link between gum disease and uncontrolled blood pressure.

The Italian researchers examined data from the U.S. National Health and Nutrition Examination Survey between 2009 and 2014 of adults over age 30 with hypertension and who underwent a dental exam.

About 52 percent of those studied had gum disease, formally known as periodontal disease.

Blood pressure progressively increased from those with mild to moderate cases to those with severe cases.

Blood pressure control was worse in patients with gum disease than those without across all age groups surveyed.

Why there’s a link

Dr. Sally Cram, DDS, a periodontist in Washington, D.C., and spokesperson for the American Dental Association, said the link between gum disease and hypertension makes sense.

“We know that people who have uncontrolled periodontal disease inflammation and infection are more at risk of developing cardiovascular disease because… when inflammation is inside blood vessels, that makes the lining inside the blood vessels thicken. As you get those thickening plaques inside those blood vessels, it decreases the blood flow, putting you at risk for heart attack and stroke,” Cram told Healthline.

of the population of the United States over the age of 30 have some form of gum disease.

In the early stages of gum disease, known as gingivitis, gums become red and swollen and can sometimes bleed.

In the more severe forms of the disease, known as periodontitis, the gums can come away from the tooth.

Teeth may fall out or become loose. Bone can also be lost.

According to the , 70 percent of U.S. adults age 65 and over have periodontitis.

Dr. Paulo Camargo, DDS, is professor and chair of the Section of Periodontics at the University of California Los Angeles (UCLA) School of Dentistry.

He says people often wait too long to go to a dentist.

“Gum disease is silent. It doesn’t hurt, so people don’t know they have it and they’re waiting for it to hurt. What they need to do is go to the dentist. Oral disease, including periodontal disease, is not isolated to the mouth,” Camargo told Healthline.

It’s all about bacteria

The mouth is full of bacteria.

With good oral health practices such as daily brushing and flossing, these bacteria are kept under control.

But poor oral hygiene can allow these bacteria to accumulate, causing infections and gum disease.

This, in turn, can lead to chronic conditions elsewhere in the body.

“These inflammatory mediators as well as bacteria can end up in the bloodstream. Both the systemic microbial and inflammatory burden can affect overall health and one of the diseases it can affect is atherosclerosis,” Nico Geurs, DDS, chair of the University of Alabama at Birmingham Department of Periodontology, told Healthline.

Atherosclerosis is the buildup of fats and cholesterol on artery walls.

The progression is assisted by inflammation in the body. Geurs says gum disease can play a role in this and the subsequent development of hypertension.

“The systemic burden from periodontitis can add to this process and the odds for cardiovascular disease in patients with periodontitis are higher than periodontally healthy individuals. Hypertension can result from atherosclerosis or thickenings,” he said.

Go to the dentist

Dr. Ravi Dave is the director of interventional cardiology at UCLA. He says it’s possible that inflammation from gum disease makes blood pressure medication less effective and, in turn, causes blood pressure to be out of control.

“Patients with hypertension and cardiovascular disease should follow good oral hygiene and visit their dentist every six months. In addition to the usual dental evaluation, a proper assessment of gum disease should also be done. The hypothesis is that in a patient with active inflammation, the disease process is more difficult to manage,” Dave told Healthline.

About , or 1 in 3 adults, have high blood pressure.

It’s estimated only half have their blood pressure under control.

The Italian researchers suggest that periodontal therapy as well as lifestyle modification such as diet and exercise may help lower blood pressure and potentially minimize the need for blood pressure medications.

Cram says although everyone should be mindful of their oral health, those with hypertension should be especially vigilant and have a conversation with their dentist.

“If you have a family history of hypertension or cardiac issues, that’s even more of a reason to go to your dentist and say ‘I just want to make sure everything’s healthy here in my mouth and I’m not putting myself at risk of hypertension or other problems because I’m not taking care of what’s in my mouth,’” Cram said.

“If you’ve got gum disease and you know you have a family history of heart attacks, stroke, and diabetes, why not do the simple thing and get the periodontal condition under control?” she said. “It certainly can’t hurt and it certainly may have a big impact on helping with these other systemic issues.” 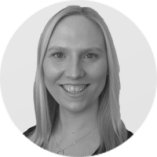 Written by Elizabeth Pratt on November 6, 2018