Is America's Gay Community in the Midst of a Meningitis Epidemic?

A Los Angeles doctor is sounding the alarm over a spate of invasive meningitis cases among men who have sex with men. The CDC says it will investigate.

Dr. Robert Bolan wants to know why gay and bisexual men all over the United States are coming down with invasive meningococcal disease (IMD), a deadly bacterial infection seldom seen in this day and age.

Bolan is the medical director of the Los Angeles LGBT Center. Los Angeles, Chicago, and New York City have all seen meningitis infections known as IMD in recent months among men who have sex with men.

Los Angeles saw 33 cases of IMD from December 2013 to May 2014. Twelve of them were gay or bisexual men and some of them were HIV-positive.

In a press release issued this week, Bolan called on the U.S. Centers for Disease Control and Prevention (CDC) to investigate the outbreak. “We’ve got to learn why gay and bisexual men seem to be a greater risk of IMD, what correlation there may be to someone’s HIV status, and what should be done about it, including potential updates to the CDC’s vaccine recommendations,” he said.

Meningitis: Recognize the Signs and Symptoms of Infection »

Bolan sent the CDC a letter outlining his concerns about the recent meningitis cases. He said the CDC has already responded and is arranging to take next steps.

Meningitis is transmitted primarily through saliva and among those living in close quarters, such as dormitories or military barracks. It young people between the ages of 16 and 21 and is often associated with kissing. Meningitis can also be spread by people who snort drugs and share straws or rolled up dollar bills.

Learn About the 4 Vaccines Every Teen Needs »

According to the CDC, can occur suddenly after exposure or take up to a week to appear. They include fever, stiff neck, confusion, and headaches. If not treated immediately, meningitis infections lead to inflammation that can cause brain damage, hearing loss, coma, and even death.

“We’ve got to learn why gay and bisexual men seem to be a greater risk of IMD, what correlation there may be to someone’s HIV status, and what should be done about it.” — Dr. Robert Bolan

The New York City Health Department told Healthline that it immediately began to investigate the meningitis cases that arose among gay men earlier this month. The cases were limited to one social network in Brooklyn.

“We are working with cases to identify unvaccinated people,” the health department said in a statement.

Do All Gay Men Need to Be Vaccinated?

The New York City Health Department is urging all men at risk to get vaccinated for IMD.

“This includes all HIV-positive men who have sex with women as well as men, regardless of HIV status, who regularly have intimate contact with other men through a website, digital application (app) or at a bar or party,” the department said in a statement to Healthline. “Vaccines are available at major chain pharmacies, including Walgreens and Duane Reade, at Department of Health and Mental Hygiene STD and immunization clinics, and most HIV care providers.”

The as being at risk for IMD and in need of a vaccine. It does say that anyone who might have been exposed to meningitis during an outbreak should get vaccinated.

Vaccination is not 100 percent effective, particularly in people with HIV. Of the four total IMD cases in New York City among men who have sex with men, two had received the recommended two doses of the MCV4 vaccine.

IMD can usually be cured with antibiotics, but it must be caught early. An outbreak in New York City that ended in February 2013 resulted in 22 infections and seven deaths.

Bolan says the outbreaks highlight why it is important to track data associated with sexual orientation and gender identity.

“Without that data, we may not be able to identify the disproportionate risks to LGBT people, and in the case of meningitis, that lack of knowledge can have deadly consequences.”

If You Have HIV, Look Out for Common Opportunistic Infections » 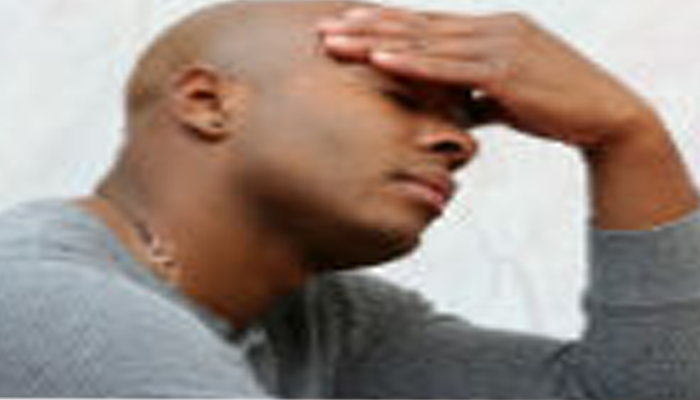