Her Breast Implants Were Poisoning Her for Years. This Is Her Story

No one told Karen Monetti that getting breast implants could make her sick. Now the former bodybuilding champion is working to warn women about the dangers breast implant illness.

A competitive runner and hockey player in high school, she had a passion for fitness that later also translated into becoming a certified nutrition consultant.

Today she works as a wellness coach and nutritionist.

From the outside looking in, Monetti is not the person anyone would peg as struggling with a host of chronic health issues.

And yet, struggle she has.

In her mid-twenties, Monetti began to develop severe acne. At the time she assumed it was competition and hormone related. But a year later, she was diagnosed with celiac disease, followed by a dairy allergy.

She told Healthline, “A few years after that I became very ill: adrenal dysfunction, severe hormone imbalance, more skin issues, rashes, weight gain, and hyperpigmentation of my face, followed by four UTIs all in a single year.”

Fast forward another few years to January 2018, she told Healthline she was diagnosed with four different types of parasites, gut bacteria, and an allergy to most vegetables.

“I was waking up with constant pain and fatigue no matter what I did or didn’t do,” she explained.

Of course she was confused about the health issues that plagued her. Nevertheless, she followed all the nutrition rules, remained active, ate organic food, saw an acupuncturist, chiropractor, and functional medicine doctor. She also didn’t eat meat and was technically doing everything “right” to take care of her health and body.

So why did everything seem to be going so wrong?

Earlier this year, Monetti thought she may have found the answer.

“My husband tagged me in a post written by a woman who had removed her breast implants due to breast implant illness, or BII. This lead me to support groups on Facebook where women were experiencing the exact same issues I was. It was mind blowing. One group had 50,000 women in it!”

At the age of 23, a few years before her health issues began, Monetti had gotten breast implants, telling Healthline, “The doctors and all the research said that they were perfectly safe.”

But as soon as she heard about BII, she was sure it was the explanation for her health issues.

Within three weeks, she was sitting in front of a doctor asking to have her breast implants removed.

What we know about BII

Monetti is not the only woman speaking out about BII.

Earlier this year, fitness trainer Ashley Dale Grant shared a similar story. And in 2016, Crystal Hefner (Hugh Hefner’s widow) wrote a Facebook post detailing the symptoms that led to having her own breast implants removed.

Still, the medical community remains split on how real BII may be. The research thus far is lacking, and the American Society of Plastic Surgeons states on their website that while there are anecdotal reports, “scientific studies including hundreds of thousands of women with implants have refuted an association between implants and systemic or autoimmune diseases.”

But that may be changing soon.

Dr. Andrea Pusic, a plastic surgeon who has been involved in research around breast implants for years, told Healthline about The National Breast Implant Registry, which just launched at the end of September.

“We’ve been working on this with the FDA for a number of years. In terms of empowerment of women’s health, I would love to see more women asking their surgeons to make sure they’re being registered,” she said.

She was quick to explain that the current research doesn’t point to a link between breast implants and autoimmune disease, and that there are many more women with breast implants who don’t experience any of these reported issues than there are those who do.

But she also acknowledged that the research we currently have is flawed in many ways — including the fact that these are often rare diseases we’re talking about, making them hard to study or link with direct causes.

“Having a very large national registry of breast implants is going to be something that gives us good answers about these questions. This is the next important step, and I’d love to see women carry the banner — asking surgeons if they participate in the registry before choosing who to see,” Pusic explained.

In the absence of good data, Pusic said most physicians are currently making their own determinations about how real BII may be.

That’s exactly what Dr. Brian Buinewicz, the surgeon who performed Monetti’s explant surgery, has done. He told Healthline that we still know next to nothing about BII.

“It’s not a medically recognized disease, there is no diagnosis code to assign to it for insurance coverage, and there are still a lot of questions regarding what is actually going on here,” he said.

But he explained that he began to recognize BII as a potential complication of implants with the very first patient who presented to him with issues.

“She came in wanting the implants and capsules removed, explaining that she wasn’t feeling well and it had started after the implants. I performed the surgery and she got completely better afterwards. That was what opened my eyes,” he said.

Since then, he has performed countless explant surgeries on women experiencing similar issues. He said the symptoms he’s seen can impact every organ system in the body and they can include:

“The symptoms are often bizarre and all over the spectrum,” he explained. “I tell all my patients very clearly that we don’t know that taking the implants out will improve their symptoms, but I can tell you nobody has ever asked me to put them back in.”

In following up with his post-surgical patients, he said that most see marked improvement in their symptoms after having the implants removed. “In my patient population, some respond very early, within a couple of days. Most are having some sort of response by two weeks. And everybody coming in so far has presented significantly better off than they were pre-op.”

But he understands why other surgeons might not be as quick to recognize this as a real issue. “When most of these women come in with their initial concerns, they have basically normal exams. There’s nothing wrong with the implants. So any plastic surgeon who doesn’t know about the potential for these issues, or doesn’t care to learn, might look at them and say their implants are normal and there’s no reason to take them out. And that’s what most of these women unfortunately hear.”

Monetti was lucky. She found Buinewicz through the Facebook group she’d joined and was able to get an appointment with him within weeks of first hearing about BII. She didn’t have to deal with going to a surgeon who might not believe her.

The one thing she wishes now is that she had been fully informed about the potential for illness — or the fact that other women had experienced illnesses after implants — before getting the implants herself.

“I got saline because the doctors said it was safer, because if it ruptures, it’s only salt water. But you don’t realize that the shell that holds that is full of chemicals,” she said. “I was told the dangers of the surgery itself, but never anything beyond that.”

When asked just how much doctors should be warning patients about this potential, Pusic said, “I think it behooves surgeons to talk about all the risks and benefits of surgery. We talk about surgical risks, leaks, complications, and then I think we also need to talk about the risk of rare disease — but in that order.”

She added, “It’s important to talk about risks, and there are things we don’t know about, but the emphasis needs to be on the word rare.”

For her part, Pusic does primarily breast cancer reconstructions. “For my patients, the women who want breast reconstruction, implants can provide great benefit,” she said. She doesn’t want to deprive those women of that benefit when it comes to a rare outcome without a known association yet.

She did say she’s hoping the registry may help to better identify which women are at greater risk for developing these rare complications. “If we could say, ‘you have this disease already, or this blood type, and that means you have a greater risk of developing complications’ or ‘your risk is fairly low,” that would be great for everyone.”

What she doesn’t want to see is women who could greatly benefit from implants being dissuaded from getting them because of the potential for developing a rare disease that hasn’t yet been connected, and wouldn’t necessarily impact everyone with implants even if the connection is made. “We have to think more broadly about the risks and benefits.”

The risks are low

For those who already have breast implants and are concerned about the development of rare diseases, Pusic said, “Seeking out a board certified plastic surgeon to share your concerns with is just good health searching behavior. But I would caution women from trying to interpret the current literature themselves. I have a master’s in epidemiology and biostatistics, and I think the literature is unclear. We don’t know if there is a connection — and that may be your answer.”

Buinewicz was also willing to recognize how rare a connection this may be.

“There are 100,000 women per year getting breast augmentations, over the last 20 years. These are huge numbers of women that potentially have breast implants, and even compared to a Facebook group with 50,000 women in it — I don’t think that’s a large percentage of women impacted compared to those who seem to have no problems,” Buinewicz said

Still, he concluded there definitely is a percentage of women who are having issues. “The FDA is obviously opening their eyes again, and I believe BII is one of the topics they are going to be discussing.”

The mission to spread the word

Monetti has a different opinion on just how rare this may be, based on the women she’s gotten to know through her Facebook group.

“We’re on a mission to spread the word and tell people that this can happen. As we all say, it’s not a matter of if you are going to develop issues from your implants, it’s a matter of when and how bad,” she said.

Monetti said she continues to feel physically better every day since her implants have been removed.

However, the hardest part for her now has been dealing with the emotional impact of the cosmetic change. “I was a AA before surgery. I went up to a C, and from what I remember, I’m back to where I was before — only the skin looks mutilated now. It’s stretched, there are scars, even my nipples have changed. So, I’ve cried every day about that.”

But she explained that most women start feeling better about the results within a few months, as the tissue and fat starts to heal. “What has gotten me through this hard part is knowing that my health is more important. And I feel like if you’re truly healthy, you can be really happy. It’s not about a visual thing, or having a big chest or not. That doesn’t define you as a woman. We have to get over that.” 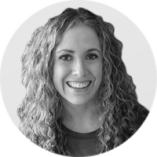