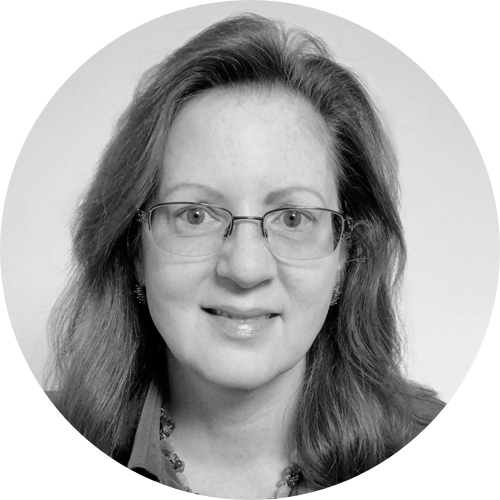 Written by Ann Pietrangelo on September 6, 2018

The new protein combined with a fat molecule could be particularly effective in fighting brain cancer.

That’s the goal of cancer treatment.

Treatments such as chemotherapy and radiation, though effective, can cause serious side effects.

In the case of aggressive and recurrent cancers, those treatments sometimes need to be limited.

But a first-of-its-kind nanomedicine called BXQ-350 may one day be able to take over.

The investigational cancer treatment by Bexion Pharmaceuticals is made from a synthetically produced human lysosomal protein called Saposin C.

That protein is combined with nanobubbles of a fat molecule called phospholipid dioleoylphosphatidylserine. The new agent is able to find and kill cancer cells without destroying healthy tissue.

Because the fat nanoparticles can penetrate the blood-brain barrier, this agent may be particularly useful in treating glioblastoma and other cancerous brain tumors.

The agent was discovered by Xiaoyang Qi, PhD, a genetics researcher at University of Cincinnati College of Medicine.

Why researchers are excited

Phase 1A dose-escalation study results were presented at the American Society of Clinical Oncology annual meeting in June.

Of those, one was a patient with a high-grade glioma whose disease appeared stable for more than 19 months.

A seventh patient with appendiceal carcinoma experienced a partial response.

There were no significant side effects or adverse events. And there weren’t any dose-limiting toxicities.

Dr. Vinay Puduvalli is director of the division of neuro-oncology at The Ohio State University Comprehensive Cancer Center. He’s one of several investigators working on the trial.

Puduvalli, who has no financial interests in Bexion Pharmaceuticals, told Healthline that BXQ-350 is a unique, exciting way of treating tumors.

“We reported that the most common side effect was transient fatigue. There was some instance of moderately elevated blood pressure. That was really all that came up in this particular set of treatments. There were some other mild things, but it’s not clear if they were due to the treatment or the tumor,” he explained.

“Having a drug that can cross the blood-brain barrier easily allows good penetrance, better effectiveness, and favorable qualities. It’s always encouraging to see someone do well and have a good response, but we have to be careful about projecting it onto a bigger setting. It’s too early in the course of assessment to make bigger predictions,” he cautioned.

The trial is now moving into phase 1B.

The researchers are recruiting people with malignant brain tumors and advanced solid cancerous tumors who haven’t responded to other therapies.

“Nearly all have to be treated first with radiation and chemotherapy before entering into the study. Another requirement is that the tumor should have grown since the initial treatment and should be proven by MRI scans or by surgery,” he said.

BXQ-350 is administered intravenously in a hospital outpatient setting. The drug is given on an intense schedule for the first month and once a month after that.

Puduvalli explained that phase 1 is about finding the correct dose. Moving into phase 2, the goal is to see if the dose they’ve identified as safe is enough to shrink the tumor, push back tumor growth, or even increase duration of survival.

“For initial testing we’re doing two classes of patients. One is grade 4 glioblastoma. The other category is any solid tumor such as lung, breast, or pancreatic to try to see if there is activity there as well. As part of the trial, we’re also looking at ependymoma. These are very uncommon tumors, so there’s no standard of care treatment. We’re looking to see if those patients are candidates for trials like this. This will help get patients early and set the stage for future trials,” said Puduvalli.

After completing phase 2, the researchers can take it to phase 3, where efficacy and safety will be compared to standard of care.

“It’s difficult to predict how long that will take. There’s a lot of enthusiasm that’s getting people to come to the centers. The sooner we have patients in the study, the sooner we’ll have the results. However, it’s not going to come within the next few months or next year. It may take longer,” continued Puduvalli.

Helping with other treatments

Dr. Jose Carrillo is a neuro-oncologist and associate professor of neurology at the John Wayne Cancer Institute at Providence Saint John’s Health Center in California. He specializes in diagnosing and treating brain tumors, including glioblastoma.

“My speculation is that BXQ-350 may be complementary to immune therapy. Both utilize the body’s internal mechanisms in dealing with foreign substances. I don’t think they can be completely put into separate boxes. They actually have potential similarities,” he said.

Carrillo also noted some potential for BXQ-350 to replace chemotherapy and radiation, but it’s far too early to know.

“The more tumors recur, the more resistant they are. After only one study of 17 patients, it’s hard to extrapolate into a broad population. These patients were very heavily pretreated. In the context of heavy treatment, to get a response rate at that stage is promising. But I think it would be a little naïve of me as a neuro-oncologist to say this could replace a lot of other treatments,” he said.

“Glioblastoma is a most aggressive cancer — and incurable. It’s the same type Senators McCain and Kennedy had. These are people with the means to get the best treatment and care and they still succumbed. Median survival from this cancer from diagnosis is about 16 months. A lot of factors go into that number, but it’s still a very short lifespan,” continued Carrillo.

He does think that BXQ-350 may be able to help optimize a combination of treatments.

“The fact that side effects and adverse events are very mild means it can probably be paired up well with other treatments to see if we can utilize multiple treatments to get better results,” explained Carrillo.

Carrillo said it’s important for people to be aware of new and promising treatments in the pipelines.

“But I don’t want to overstate [to make it seem like] this is a treatment that’s readily available now, other than in clinical trials,” he said.

He does, however, want to promote awareness of clinical trials in general.

“That is what’s driving our understanding and advances in science,” he added.

Carrillo said many people think of clinical trials as an extra or don’t think of them at all. He believes clinical trials should be part of standard of care for terminal brain cancer and other cancers for which there are no great treatments and no cure.

“Otherwise, if everyone just does standard of care, the field will never advance. These clinical trials are very closely monitored and done in a safe environment. There’s potential for patients to get promising treatment, and they’re doing something for people who will get glioblastoma or other cancers down the road. It’s an altruistic thing for folks who have cancer to do,” he said.

Carrillo urges cancer patients to ask their oncologist about clinical trials and to search for information on Clinicaltrials.gov.

Written by Ann Pietrangelo on September 6, 2018