A House bill focused on marijuana oil high in CBD marks the first federal action toward legalizing medical marijuana. But big questions remain about how best to help patients.

Hype surrounding the marijuana oil nicknamed “Charlotte’s Web” has spread quickly since Paige and Matt Figi first went public about their decision to give the oil to their daughter, Charlotte, in hopes of stopping her round-the-clock epileptic seizures.

Charlotte’s seizures went from 300 a week to just one, the Figis told CNN in August 2013.

Families who have children with the same form of severe epilepsy, called Dravet syndrome, began moving to Colorado, where the Figis live, to obtain the oil for their children, reported The New York Timesin December.

Though Colorado isn’t the only state to have legalized medical marijuana, the strain the Figis gave Charlotte is unusual. It is bred to have very small amounts of THC, the psychoactive ingredient in marijuana, and large amounts of the compound cannabidiol, also called CBD.

Other parents have reported dramatic improvements in their children’s conditions after administering Charlotte’s Web. This has led a handful of states — including some that lean Republican — to legalize possession of marijuana derivatives high in CBD and low in THC.

Last week, the first bill that would legalize similar compounds at the federal level emerged in the U.S. House of Representatives, sponsored by Scott Perry, a freshman Republican from Pennsylvania. Perry has dubbed the bill the Charlotte’s Web Medical Hemp Act of 2014. The bill is the first federal step toward the legalization of any marijuana product.

A Fix or an Uncontrolled Experiment?

While Americans’ views on medical marijuana use are changing fast, the bill highlights disagreements that remain among health groups and those focused on repealing drug laws. How can we balance efforts to decriminalize marijuana use — putting a range of marijuana products into the hands of patients and potheads alike — with scientists’ need to measure the plant’s effects on specific medical conditions?

“We’d really like to know, instead of doing trial and error with our children,” said Dr. Tracy Dixon-Salazar, an associate research director for Citizens United for Research in Epilepsy, or CURE.

“As much as parents want to say, ‘Why would you take this product that currently you can buy on the street and have pharma pick it up and make millions off of it?’, we all kind of like that we can go to the grocery store and buy a nice, clean, safe product,” Dixon-Salazar told Healthline. By clean and safe, she means that it has gone through the rigorous FDA approval process.

But because her own daughter, age 21, suffers from severe epilepsy, Dixon-Salazar said she understands the desperation that would drive parents to try treatments that have not been thoroughly tested. 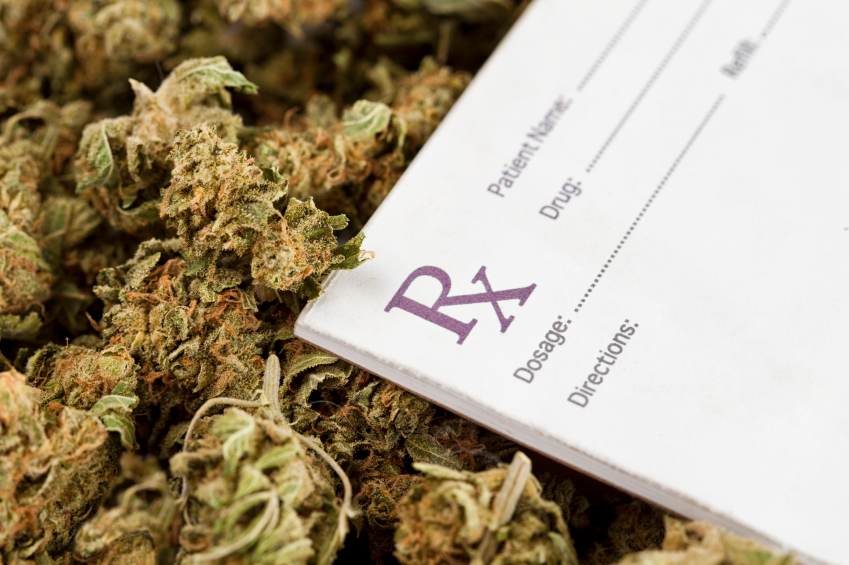 The Science Is Suggestive, Not Conclusive

In addition to anecdotal evidence to support CBD, there is evidence from animal models that both CBD and a related compound found in marijuana plants, called cannabidivarin, or CBDV, can stop seizures.

British company GW Pharmaceuticals has conducted an early study on the use of CBD on children and young adults with epilepsy. Though the study included just 27 patients, it relied on reputable medical centers and reported that the patients experienced 44 percent fewer seizures when using the drug.

At the same time, research has found that young people, whose brains are still developing, may experience more harmful side effects from marijuana use than adults.

Strict federal drug laws have slowed research into medical uses of marijuana. These laws prevent researchers from obtaining the drug for testing. As a result, there’s little to go on when sizing up its risks for children and people with brain disorders.

For Dixon-Salazar, the evidence is strong enough to say that marijuana deserves serious consideration as a treatment for epilepsy. But the end result has to be a “clean, safe product,” she said.

Related: Experts Not Convinced That MJ Can Help MS »

Pot Advocates See No Reason to Hold Back

“These laws will only help a small fraction of the people who could benefit from medical marijuana,” said Mason Tvert, a spokesman for the Marijuana Policy Project. Legalizing THC and other compounds in marijuana would increase the number of patients that marijuana can help, Tvert said.

Kris Hermes, a spokesman for Americans for Safe Access, a national nonprofit that supports access to marijuana for medical purposes, argues that, because marijuana is safe, patients should be able to conduct their own tests to see if the drug works for them.

“Patients deserve as many options as possible to address their healthcare needs,” said Hermes. “As long as patients are not being harmed by the consumption of marijuana, then they deserve to experiment and to see if it might benefit their particular condition.”

But Hermes noted with irony that CBD is “one of the least researched forms of cannabis out there.”

“It seems slightly problematic to design more than 10 state laws based on a substance that we’re feeding to children that we haven’t fully even researched yet,” he said.

It was a flicker of agreement across a wide cultural divide.