Written by Jessica Peralta on October 5, 2018

Here’s what you need to know about this popular diet.

The promise of a weight loss solution that actually works intrigues us daily. And with the rise of social media, it’s easy to be digitally surrounded by photos of enticing dishes, extreme before-and-afters shots, and motivational mantras.

One of the latest diets making the rounds is based on the 2016 book, “The Obesity Code: Unlocking the Secrets of Weight Loss,” by Dr. Jason Fung.

The gist of the diet is that long-term weight loss can be achieved by balancing hormones like insulin in the body, and this balancing can happen through intermittent fasting and eating whole, unprocessed foods.

Under the Instagram hashtag Obesity Code, the same kinds of promising images spark the hope of a healthier future. So is this the real deal — a diet that can help maintain true weight loss, or is it another fad?

Here’s what the experts think

Dr. Peter LePort, bariatric surgeon and medical director of MemorialCare Surgical Weight Loss Center at Orange Coast Medical Center in California, said that generally speaking the theory behind the diet makes sense, but he’s unsure how practical it is.

He said while hormonal imbalance can be a problem in patients and it’s important to correct the imbalance, the book’s solutions are debatable.

For example, the program recommends eating when hungry instead of at a set mealtime, he said. But this decision to eat at a certain time is a practical one that works for the modern lifestyle, he added.

“When people ate whenever they were hungry… which means you go way back to being cavemen or living in the wild… their average lifespan was 25 to 35 years of age,” he said.

But now, he said, despite our processed foods and fixed mealtimes, we are living into our 70s.

He does agree with the recommended foods, including vegetables that grow above ground, legumes, some fruits including apples and berries, animal proteins, and olive oil and butter.

“What it comes down to is eating a balanced diet,” he said.

“A key question is whether intermittent fasting as a strategy for weight control is sustainable over the long-term,” said Silver.

Silver pointed out that many diet studies looking at fasting have been with animal, not human, subjects.

“Studies in humans show weight regain in the months following the end of fasting periods and one study in humans, published in the journal Obesity, showed no difference in weight loss, body fat, blood lipids or insulin sensitivity index between adults who did alternated day fasting compared to those who reduced their daily intake by 400 calories,” she said.

Silver said one of the concerns related to short-term periods of rapid weight loss is that what is lost is mostly made up of water and glycogen rather than fat.

“What is not known is how the human body’s metabolism adapts over time to repeated intermittent or alternate-day fasting and it is also not known what the effects are on long-term health,” said Silver.

“‘The Obesity Code diet completely ignores the individual,” she said. “[It] ignores so many facets of information that need to be considered and are vital to success and sustainable behavior change, such as what food means to people.”

Aguirre said that for most of the population, food choices reflect their culture, religion, ethical and moral beliefs, income level, political beliefs emotional state, along with other factors.

“Essentially, someone’s food choice is their identity. It reflects them,” she said. “If someone comes in and tells you to change every aspect of your dietary patterns, one may be able to maintain that for a week, maybe a month, but at some point, you will abandon that diet or meal plan because you can’t recognize who you are anymore, making the extreme diet methods even more unsustainable and damaging.”

Aguirre said that though fasting for a few days probably won’t hurt healthy individuals as long as they don’t get dehydrated, fasting for more than a month isn’t good. She doesn’t recommend fasting at all for pregnant or nursing women, children, and those with diabetes should be very careful.

“You need vitamins, minerals and other nutrients from food to stay healthy. If you don’t get enough, you can have symptoms such as fatigue, dizziness, constipation, and dehydration,” she said. “Fasting too long can be life-threatening.”

“I think the jury on intermittent fasting is still out,” said Jamieson-Petonic. “There been some preliminary research that supports the benefits, while others have not. I think more research needs to be done for a more definitive answer. … Caloric restriction may improve health and longevity, but we are just not sure yet.”

Experts are skeptical about the “Obesity Code” diet and that intermittent fasting can result in long-term weight loss. Studies on the topic are new and often involve animal, not human, subjects.

While some basics of the diet, including eating whole foods, are supported by nutritionists, they caution against a diet one-size-fits-all. 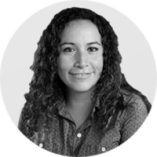 Written by Jessica Peralta on October 5, 2018