As states move to legalize marijuana for medical use, researchers are exploring whether it might help relieve the symptoms of autoimmune diseases like rheumatoid arthritis.

Marijuana, Mary Jane, cannabis, or kush: No matter what you call it, the medical use of marijuana has been a hotly debated and highly politicized topic in recent years.

Many say marijuana is a natural way to alleviate symptoms of a variety of conditions, such as arthritis and chronic pain. A company called Cannabis Technologies announced recently that it’s in the process of developing a new cannabinoid-based therapy that will directly target arthritis.

TIME magazine recently shared a story that the U.S. government is looking to purchase 12 acres of marijuana plants for medical research purposes. This could be good news for the tens of millions of Americans who suffer from arthritis, the nation’s .

Marijuana has become more accepted by the mainstream as politicians and pop culture icons alike talk openly about its recreational and purported medical benefits. Presidents and senators have even admitted to experimenting with the drug in their youth.

While it’s illegal on the federal level, 23 states and the District of Columbia have already legalized the drug for medical purposes. Three states — Florida, Ohio, and Pennsylvania — are currently considering legalizing medical marijuana.

Many arthritis patients advocate for the use of medical marijuana, but the Food and Drug Administration (FDA) has repeatedly questioned its medical benefit. The Drug Enforcement Administration states that marijuana “has no accepted medicinal value in treatment in the United States, and evidence that there is a general lack of accepted safety for its use even under medical supervision.”

In 1999, the Institute of Medicine, a part of the National Academy of Sciences, conducted a study that found marijuana to be “moderately well suited for particular conditions,” including chronic pain and multiple sclerosis spasticity. Multiple studies have shown that the drug can help with symptoms ranging from anxiety to chemotherapy-induced and .

However, detractors of marijuana and its derivatives have labeled the plant a “gateway drug” that may cause users to become addicted and eventually move on to stronger, harsher, and more dangerous drugs. Many religious and conservative groups are also against the use of drugs for moral reasons.

Join the Debate on Healthline’s Living with RA Facebook Page »

That doesn’t mean, however, that steps aren’t being taken to give patients with serious medical conditions access to marijuana.

The Push to Productize Pot

Nicole S., from Pittsburgh, Pennsylvania, is an advocate for medical marijuana, particularly for pain, nausea, and muscle spasms. “[It] doesn’t have the side effects of other drugs. It is cleaner and more natural for our bodies to process,” she said. 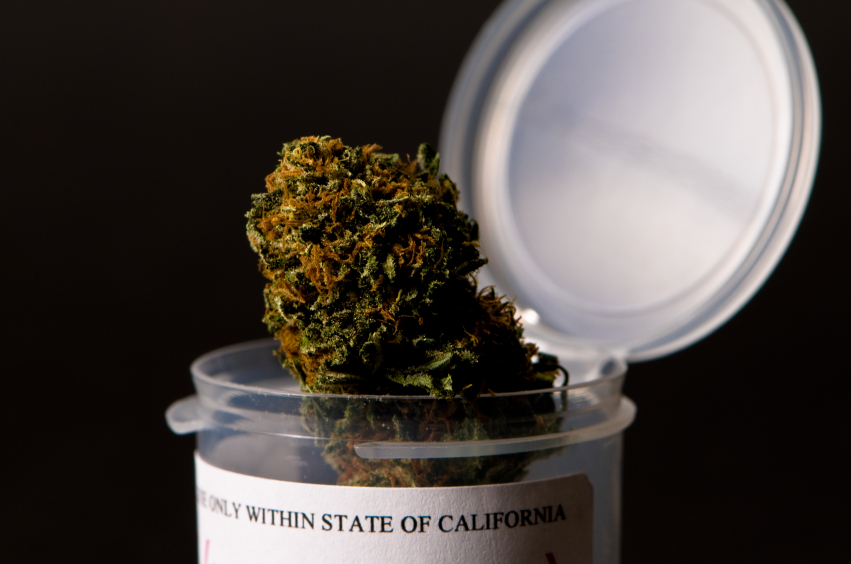 Some doctors agree that cannabis could reduce patients’ reliance on other pharmaceutical drugs, such as opioid painkillers. “Marijuana not only has important analgesic properties, but it also is an effective and important adjuvant therapy for patients suffering acute and/or chronic pain,” Dr. Harvey Rose, a longtime advocate for chronic pain patients, told Americans for Safe Access (a nonprofit promoting patient and researcher access to medical marijuana.)

Because of the interest medical and patient communities have expressed, major pharmaceutical companies such as AbbVie are trying to capitalize on medical marijuana by developing cannabis-based products.

Marijuana-based pharmaceuticals such as dronabinol (Marinol) and nabilone (Cesamet) are synthetic versions of marijuana in pill form available by prescription for AIDS and cancer patients.

One of the first companies to go after this emerging market was British pharmaceutical giant GW. The company developed nabiximols (Sativex), a cannabinoid mouth spray for people with cancer pain and multiple sclerosis that is currently awaiting FDA approval. Sativex was also evaluated for its effectiveness on rheumatoid arthritis (RA).

According to a January 2006 article published in the journal Rheumatology, Sativex “produced statistically significant improvements in pain on movement, pain at rest, quality of sleep … In the first ever controlled trial of a [cannabis-based medicine] in RA, disease activity was significantly suppressed following Sativex treatment.”

Find Out More: Marijuana Addiction Is Rare, But Very Real »

Marijuana May Affect the Heart, Lungs

Many patients who find relief through marijuana face the stigma that is still associated with its use. And stigma isn’t the only problem: Comorbidities are a concern for arthritis patients too.

While cannabis may help relieve pain, reduce inflammation, and promote sleep in some people with RA, it can present another set of problems if smoked. Unlike osteoarthritis, rheumatoid arthritis can, at times, be associated with a . These problems could increase if a patient regularly smokes marijuana.

Smoking marijuana raises the heart rate, and one study found that heart attack risk increases nearly five-fold in the hour after lighting up, according to the This isn’t good news for rheumatology patients who are already predisposed to such issues.

Check Out the Ultimate Guide to Alternative Treatments for Rheumatoid Arthritis »

It’s not clear whether marijuana is a relatively safe pain reliever for people with RA, or if it could increase the risk of RA-associated conditions. And whether it’s safer to take it in pill, spray, or edible form rather than smoking it is still up for debate. Medical marijuana remains controversial, in part because it is the most commonly abused in the United States.

However, as more states legalize the drug, it will likely become more commonplace as a treatment option for arthritis and other painful medical conditions.