As the number of children with autism climbs, a new network of research institutions is hoping to acquire brain tissue donations from people with autism in order to support research that may ultimately lead to a cure.

The Simons Foundation and Autism Speaks have established the Autism BrainNet, a new network of research institutions that hopes to acquire brain tissue donations from people with autism. An outreach program, dubbed It Takes Brains, brings together a group of leading autism science research organizations: the Simons Foundation, the Autism Science Foundation, Autism Speaks, and the M.I.N.D. Institute of the University of California, Davis.

When Mark and Christine Matthews’ son Casey’s doctor, from the Icahn School of Medicine at Mount Sinai in New York, asked them if they would be interested in participating by donating brain tissue for autism research, it didn’t take them long to say yes. In fact, they signed up their whole family: Mark Jr., age 22, Timmy, 17, and Casey, 14, who has autism.

Autism spectrum disorder (ASD) and autism are both general terms for a group of complex disorders of brain development. These disorders are characterized, to varying degrees, by difficulties with social interaction, verbal and nonverbal communication, and repetitive behaviors.

The Centers for Disease Control and Prevention recently found that one in 68 children in the U.S. is diagnosed with an autism spectrum disorder. One in 42 boys and one in 189 girls are affected by autism.

Get the Facts: Autism Overview »

An Easy Decision for One Family

Christine Matthews sat down with Healthline to explain how the whole family decided to donate brain tissue.

“I was intrigued and a little concerned at first. We’re talking about someone’s child dying and brain tissue. It’s a little creepy and scary. But it was really easy for us. My husband Mark is a fire fighter and an EMT. I went to nursing school, but had to drop out because of Casey. We’ve had a passion for people all our lives,” Matthews said. “It makes sense. You don’t want to think about your child dying now, but you should have a plan set up. You can change your mind, but if you sign up and consider it, then at the moment of grief it takes away the scary factor. We texted our children from the train telling them they would be donating their brains for their brother.” 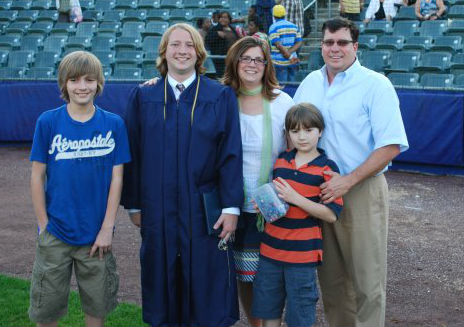 Matthews continued, “It’s been a long, hard road having an autistic child, and Casey is very, very impaired. You try a lot of things as a parent of a child with autism. You buy into snake oil remedies and different theories. This feels like we could make something beautiful come from Casey’s life if a tragedy were to happen.”

Related News: Are Environmental Toxins to Blame for Rising Rates of Autism and Schizophrenia? »

Donations Are at a Crisis Level

David G. Amaral, Ph.D., a UC Davis distinguished professor, Beneto Foundation Chair, and research director of the MIND Institute, told Healthline, “There are a number of organizations around the country trying to figure out what is causing autism so we can provide better treatment and, hopefully in the future, prevention. The question is how do you do research on autism to try and understand the causes? There are lots of different ways to do that, but ultimately, because autism is a brain disorder, we think we will have to examine the brains of people affected by autism to understand what changes have occurred and, hopefully, that will give us better insight into what was the cause of those changes, and hopefully, we can prevent or restore those brain changes.”

Amaral explained that the Autism Tissue Program, known as ATP, funded by Autism Speaks, has already been seeking and acquiring brain tissue donations, but more donations are desperately needed. “There aren’t anywhere near the brain donations needed to do the research that is possible. We have some really fabulous techniques for looking at the genetics of brain disorders and looking at brain changes, but unless you have the brain material to study, those techniques can’t be used.”

“The outreach is so we can communicate with families who have affected children, as well as families who are typical people, because we also need control brains to compare with the autism brains. We need to communicate a message that we’ve reached a crisis on autism because we don’t have adequate brain donations,” said Amaral.

Amaral added that it is important for families to have the information about donations before a tragedy occurs. “We hope, of course, no family will ever have to face this. But if there is a tragedy and a sudden death, we know families will not be thinking about these kinds of things at this time, and they should have this information beforehand.”

The MIND Institute has been involved in garnering brain donations for a couple of years. “We found that for families, if they suffer a tragedy or lose a child with autism, it actually helps with the grieving process. They feel that something positive occurs in the process of making a donation. By studying brains from donors we will help the lives of children who have autism in the future. All this is geared to getting information so we can do prevention, treatment, and, hopefully, cures in the future,” he said.

Brain donations are being sought from people of all ages with autism spectrum disorder, as well as brain donations from people who don’t have autism, but who are younger than 50 (for control purposes). “We set that limit because there has been such a push over the last 30 years for brains to study Alzheimer’s, that there are a sufficient number of older brains. We want to optimize our ability to acquire brains that would be important for studying autism. And of course, groups that acquire brains collaborate with others,” said Amaral.

Four sites, which also have their own autism programs, have been established as collection sites: UC Davis at the MIND Institute, the University of Texas Southwestern in Dallas; Icahn Medical Center in New York; and Beth Israel Hospital in Boston. Additional sites in the U.S. are expected, as well as expansion internationally.

Singer, whose daughter and older brother have autism, told Healthine, “For many years one of the biggest limiting factors in autism research has been lack of brain tissue and that’s why we got involved in this project. When you think about how research is done, you have to have access to the affected organ. In autism, it’s the brain, so people have to be willing to step up and donate tissue. Fortunately, through this campaign, we are increasing awareness and more families are registering to donate tissue.”

Singer said it is important for people to think about the idea of donating tissue before their child has an accident. “There’s been a huge increase in awareness of organ donation. Everyone now realizes how important organ donation is and has thought about it. If their child has some unfortunate accident, they are not hearing about organ donation for the first time. It’s already something they thought about. We want people to think about the concept of donating tissue, and realize this is something they want to do. The registration is not binding, but it is a sign, yes I’ve thought about this and yes, I want to donate tissue if there were a tragic event.”

In the six weeks since the campaign was launched, more than 400 families have expressed interest in learning more about organ donation.

Matthews summed up her decision best: “It would be a tribute and give comfort to other families if they would sign up to donate brain tissue, because their child’s death will continue to make a difference in the lives of others. For us, it’s very personal. I want Casey’s life to matter. In a society that says Casey doesn’t matter, because he’s not going to be a Harvard grad or find a cure for cancer, Casey’s made a huge impact in our life, and I want the ability to have his life honored even though it was a different life. Just like organ donation, science can be another way to pay a tribute to your loved ones.

It’s the one thing that’s really solid—it’s science; it’s research. In the autistic community, some people are anti-cure, some are desperate for a cure,” she added. “No matter what, there are families that are struggling with autism. Let’s find out how we can make it easier for these kids. If we can help your child be less impaired or struggle less, what family wouldn’t want that? But until they have the brains to do that, they are not going to figure it out.”

Read More: What’s the Connection Between Inflammation and Autism? »