A New Technique in Knee Surgery — the ‘Artificial Meniscus’

People who experience persistent knee pain even after surgery may soon be able to benefit from a revolutionary solution — the world’s first artificial meniscus.

The two surgeons who performed the procedures have been involved with the NUsurface Implant development since 2006.

If approved, the implant could be used for people who would otherwise need a partial or total knee replacement.

However, it could still be years before this procedure is available in the United States.

“This polyurethane-carbonate implant mimics the biomechanical function of the medial meniscus by protecting the cartilage from overload,” Arbel told Healthline. “It also prevents further degeneration of the cartilage that happens when part of the meniscus is removed after a tear, or in case of a nonfunctioning, degraded meniscus.”

Every knee has two menisci — crescent-shaped discs of cartilage (soft tissue) that connect the thigh bone to the shinbone. They act as shock absorbers and stabilize the knee.

Active Implants — which specializes in orthopedic solutions and has operations in Memphis, Tennessee, the Netherlands, and Israel — has begun marketing their product in the Middle East.

The U.S. Food and Drug Administration (FDA) recently granted the NUsurface Implant a breakthrough device designation. This new program is designed to expedite the development and review process for medical devices that are innovative or offer new technology for people whose conditions are life threatening or irreversibly debilitating.

If those trials prove to be successful, the device would still need to be approved by the FDA before it could be available in the United States.

Right now, Arbel says the only treatment for people who have a painful or degraded meniscus has been pain medications, physiotherapy, and intra-articular injections (directly into the joint) to relieve pain.

Following these measures, the person has had to wait until the cartilage has deteriorated severely to the point where the knee needs to be replaced with an artificial implant made of metal and plastic.

Arbel’s patient, a 54-year-old man, suffered from knee pain after a surgeon removed about one-third of his medial meniscus, which was torn during athletic activity.

“After the surgery, my patient started to walk with the aid of crutches,” Arbel said. “The next day he started physiotherapy to gain full range of movement.”

Most people can begin to walk normally in about 3 months, he added.

The new procedure is a lot simpler than other options.

“A NUsurface implant doesn’t burn any bridges,” Arbel said. “You insert it into the knee through a small 5 to 6 centimeter [1.96 to 2.36 inch] aperture. There is no need for any fixation with sutures, screws, glue, or other stuff. No need to drill into or cut the bone. And, in case the implant doesn’t fit the patient, which very rarely happens, it can be taken out and the knee is back to the same situation as before the implantation.”

People who have the surgery typically can go home soon after the operation.

The implant, which mimics the function of the natural meniscus, redistributes loads transmitted across the knee joint.

The implant is made from a medical-grade plastic. The artificial meniscus doesn’t require fixation to bone or soft tissues, according to the manufacturer.

Boston Children’s Hospital reports there are more than 500,000 meniscal tears in the United States every year.

According to Active Implants, more than 2 million partial meniscectomy’s are performed worldwide annually in an attempt to alleviate pain.

Agar said in a press release that many people who get meniscal repairs later experience pain. Often, that residual pain is caused by cartilage degeneration from aging or osteoarthritis.

These conditions, which affect quality of life, can eventually lead to the need for knee replacement surgery.

Johns Hopkins Medicine researchers found that a common surgery known as arthroscopic partial meniscectomy accounted for an estimated two-thirds of all orthopedic knee arthroscopy procedures in older patients in 2016 — and that this surgery may not even be that effective.

An estimated 750,000 such procedures are performed each year.

No other technologies today can be compared with the function of the NUsurface Implant, Arbel said.

“A trial 15 to 20 years ago attempted to prevent cartilage degeneration after part of the patients’ menisci was removed. The surgeon inserted a metal spacer in the medial compartment of the knee, but it failed,” he said.

Arbel is encouraged by the results of studies of the new artificial meniscus.

Agar is in agreement.

“After more than 10 years in clinical trials, it is an exciting time to finally be able to make the NUsurface Implant available to Israeli patients,” he said, according to prepared remarks. “Continued pain after repairing meniscus tears is a very common orthopedic problem, and until now, we have not had effective treatment options.”

Ted Davis, president and CEO of Active Implants, said, “Filling the gap in treatment options between minimally invasive meniscus repair and total knee replacement is a large unmet need in the orthopedic market. The NUsurface Implant was invented and developed in our R&D center in Israel. So, for us, it is very exciting to finally bring the device to people in Israel.”

Arbel is optimistic about the effectiveness of the new implant. Biomechanical studies of the device show that the pressure distribution on the cartilage after implantation is the same as on a normal meniscus.

“So, we think that it will prevent or delay the need for total knee replacement,” he said. “But, we need a longer follow-up to verify it.” 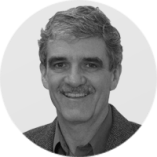