It’s a parent’s worst nightmare to find that they’ve accidentally left their child alone in a hot car. Now, there’s an app available to remind parents that their most precious cargo is riding in the back seat.

Recent high-profile cases of parents leaving their young children in locked cars have shined a spotlight on this dangerous but all-too-common practice.

When Kim Brooks left her 4-year-old son in her car on a 75-degree day with the windows cracked while she made a quick trip into a store, she had no idea that a passerby would call the police. Her son was alright, but Brooks was charged with contributing to the delinquency of a child and was required to perform public service. Writing about her experience in Salon, Brooks said, “In a matter of minutes I made a split-second decision to run into the store. I had no idea it would consume the next years of my life.”

And earlier this month, a New York City fashion designer was accused of leaving her 1-year-old son in a car at a shopping center in Woodbury, New York. A shopper called security officers. According to a CBS 2 report, police said the designer admitted she intentionally left her child alone. She didn’t seem to understand the consequences of what she had done, until her son was temporarily turned over to Child Protective Services. The boy was unharmed, but if convicted of endangering the welfare of a child, the designer could face up to one year in prison.

Fortunately, in these cases there were no injuries or deaths. But according to Jan Null at the department of Earth and Climate Sciences at San Francisco State University, so far in 2014 at least 18 children have died of heatstroke in vehicles. Null co-authored a study on heat stress in enclosed cars published in Pediatrics.

“The person [who left a child in a car] was a NASA employee. If a scientist at NASA can do that, anybody can do that.” — Kimberly Johnston

The data show that heatstroke can occur even on days with relatively mild temperatures of around 70°F. Vehicles can reach life-threatening temperatures very quickly, and most of the temperature rise occurs within the first 15 to 30 minutes

Previous studies have shown that on days when outside temperatures are higher than 86°F, the internal temperatures of vehicles quickly reaches 134 to 154°F. Leaving the windows cracked does not significantly slow the heating process or decrease the maximum temperature inside the car.

Do You Carry Precious Cargo?

July 31 is National Heatstroke Prevention Day. Healthline sat down with Kimberly Johnston, who, along with her husband Shaun, created Precious Cargo, an app that reminds parents not to leave their children or pets in their cars.

Last summer, when Johnston was pregnant, her husband came across an article about children who had died because they were left unattended in hot cars. “My husband said, ‘Read this. The person [who left a child in a car] was a NASA employee. If a scientist at NASA can do that, anybody can do that,’” said Johnston. “He wanted to do something to help prevent this from happening.”

So the Johnstons, who live in North Carolina, created the Precious Cargo app. Kimberly’s high school friend Misty Ratcliff created art for the app and the logo. The app is available in the iTunes and Google Play stores. 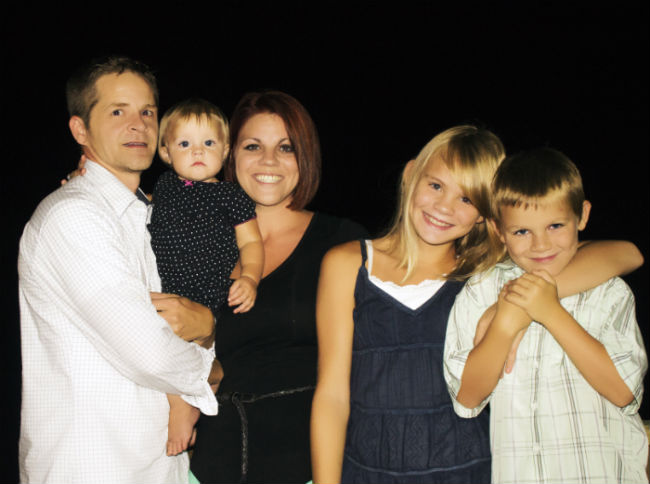 How does Precious Cargo work? The Bluetooth mode is set up to be the default mode in the app. Johnston explained, “When you get in your vehicle and your phone is paired with your vehicle’s Bluetooth, your phone pops up and says you are connected to your Bluetooth. Once our app senses that you have connected, you can click on it and do it manually the first time. Then every time you get in your car, the app will automatically pop up.

It asks, ‘Are you traveling with precious cargo today?’ If you answer ‘yes,’ there is a space to type who you are traveling with. Once you arrive at your destination and turn the vehicle off, your Bluetooth disconnects from your phone. As soon as the phone loses the connection to the Bluetooth, Precious Cargo automatically populates [with a reminder].”

Don’t Be Embarrassed, Be Aware

If a driver’s cell phone is muted, not to worry. Johnston said, “There is a sound override function, so if your phone is on silent or vibrate, or if you are on a call, the sound will come through your ear. It is very loud. You are not going to forget your child.” Users can select an alarm tone or a song they like.

What if your car is not equipped with Bluetooth? You can set a timer based on the approximate time you expect to arrive at your destination.

“If you know you are going to a place 30 minutes away, you can set the timer from 3:00 to 3:30, or for 30 minutes, and it will go off; or you can use a GPS locator. When you hit manual, you have two options, a timer mode or location. Once you type a location in, it will populate the address, and when you arrive there it picks up that you reached that GPS pinpoint by satellite, and it does the same thing as Bluetooth; it reminds you.”

Find Out About Baby Gate-Related Injuries »

To parents who may be embarrassed to use an app to remind them not to leave their kids in the car, Johnston urged, “It doesn’t mean you are a bad parent because you use the app. It means you are a cautious parent and are aware that you are susceptible to the dangers of leaving your child. The goal of the app is to save a life, and by utilizing Precious Cargo as a safety tool, we want people to use it as they do the rear view mirror and seat belt. Always set it. Always be extra cautious.”

Although Shaun was instrumental in creating the app, Kimberly says he is humble. “He tells me that he’s proud of me, but I’m proud of him,” said Johnston. “The only thing that will validate all of the work is for someone to email and say, ‘you saved my kid today.’”