Adults May Not Need a Tetanus Booster 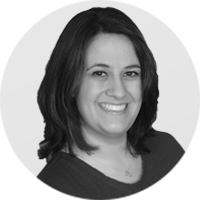 Adults don’t need a tetanus or diphtheria booster if they had the vaccines as a child, a new study reports.

The research, which was published in Clinical Infectious Diseases, adheres to a World Health Organization (WHO) guideline that says adults should only have routine tetanus and diphtheria shots if they didn’t have their full series of the vaccines as children.

The Centers for Disease Control and Prevention (CDC) still recommends all adults get every 10 years.

A team led by Mark Slifka, PhD, a professor from the Oregon Health & Science University School of Medicine, compared data from millions of people from 31 North American and European countries between 2001 and 2016.

When they examined disease rates among adults who lived in countries that required the booster and in those that did not, the researchers did not find a significant difference.

“To be clear, this study is pro-vaccine,” Slifka said in a statement. “Everyone should get their series of tetanus and diphtheria shots when they’re children. But once they have done that, our data indicates they should be protected for life.”

Other studies have indicated that immunity to tetanus and diphtheria could be long-lived, but the aforementioned study is the first to show that the levels of immunity provided by completing the childhood vaccination series will translate into lifelong protection in the absence of repeated adult booster vaccination, Slifka told Healthline.

“If we modify the U.S. recommendations to follow the guidelines… we could save approximately $1 billion per year in healthcare costs while also reducing the number of vaccine-associated adverse events,” Slifka said. “It is literally a win-win.”

In 2016, Slifka was part of a team that found that the vaccine produced at least 30 years of immunity when conducted research on 546 adults.

“It turns out we were probably overly conservative back in 2016,” Slifka added “Even though it looked like immunity could be maintained for decades, we didn’t have direct evidence back then that this would translate into true protection against disease in the real world.

“We now have evidence showing the childhood vaccination series can provide a lifetime of protection against both tetanus and diphtheria,” he said.

Slifka said he hopes the CDC will soon review the findings and choose whether to continue routine vaccination of adults in the United States.

There are already 10 countries in Europe that do not vaccinate adults once they’ve received their childhood/adolescent series of shots, Slifka said. These include the United Kingdom, Spain, Poland, Ireland, and Iceland.

“Since they do not have any increased incidence of tetanus or diphtheria, we believe that the U.S. could follow a similar program,” he noted.

Slifka said he still wants to know about how immunity to tetanus will be maintained among HIV-positive people. Another recent paper he published showed that even those who have their HIV status well-controlled, could experience “immune amnesia.” That could result in rapid loss of immunity to prior childhood vaccinations.

Abram L. Wagner, PhD, a research assistant professor from the University of Michigan who was not affiliated with the research, said researchers have found over time that some vaccines are more effective than originally realized.

“If studies show that fewer doses are just as effective as more doses, then we should remove doses as a cost-saving measure,” he added.