4 Hidden Habits That May Affect Your Blood Pressure 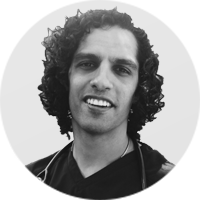 Your blood pressure isn’t just related to your , but also to your lifestyle, like your diet, workout routine, and sleep habits.

Many people know a diet high in fat, salt, and sugar along with a sedentary lifestyle can affect blood pressure rates. But experts want to alert people about other habits that can have an impact on blood pressure readings.

Recently, the American Heart Association released a list of hidden habits that can affect a person’s blood pressure.

People who use over-the-counter medications to treat minor aches and pains can see spikes in their blood pressure.

OTC medications, including anti-inflammatory drugs such as naproxen (Aleve) and ibuprofen (Advil), can increase blood pressure.

Drugs such as acetaminophen (Tylenol) are less likely to cause increases in blood pressure.

However, medical experts recommend that people don’t stop taking these medications without consulting their prescribing physician.

Both alcohol and caffeine can also contribute to rising blood pressure.

It’s recommended that limiting caffeine to less than 300 milligrams (mg), or about two to three cups of coffee per day, can help avoid high blood pressure from reaching critical levels.

Alcohol should be limited to “no more than one drink per day for women and no more than two drinks per day for men,” Dr. Elizabeth A. Jackson, MPH, professor of medicine in the Department of Cardiovascular Disease at the University of Alabama, told Healthline.

“Green tea extract and other caffeine-related products, such as matcha, all increase the adrenalin surge in a patient,” said Dr. Satjit Bhusri, attending cardiologist at Lenox Hill Hospital in New York City.

Bhusri went on to state that these products are “meant to make one more alert, but in doing so, [they elevate] blood pressures into dangerous categories.”

Not all supplements that are labeled “natural” are considered to be safe. Herbal supplements and home remedies that use ingredients such as licorice can lead to hypertension, for example.

Also, foods with strong cheeses, cured meats, and even soy products can contain high levels of tyramine. This substance can interact with antidepressants such as monoamine oxidase inhibitors (MAOIs), resulting in hypertensive episodes.

These measurements can incorrectly give the picture of hypertension in the doctor’s office, and that means people may end up on unnecessary blood pressure medications.

To offset this, people can take their blood pressure readings at home, and then compare those readings to measurements at their doctor’s office.

To get as accurate a measurement as possible at home, take your blood pressure using a portable device that is well-calibrated and has good batteries.

Prepare for blood pressure readings by emptying your bladder, avoiding cigarettes or caffeine for 30 minutes before the measurement, and sitting quietly for a few minutes before taking a reading.

How to know you’re in trouble

As reported by the CDC, in 2014 more than American deaths, or almost 1,100 deaths a day, involved high blood pressure as a primary or contributing cause.

Bhusri said that if you have a systolic blood pressure greater than 180 and a diastolic greater than 120 and you have “symptoms of chest pain, dizziness, or shortness of breath — this is a hypertensive emergency.”

For anyone in this situation, his advice is to “go to the nearest emergency room, as their risk of stroke or heart attack is very high.”

The risk of high blood pressure

According to the CDC:

“Hypertension is known as the silent killer. If [a patient] notices high blood pressure, they should see their primary care doctor who then can, based on their evaluation, send them to a hypertension specialist” said Bhusri.

“Their risk of heart attack and stroke can be lowered if high blood pressure is caught and managed early.”

In addition to the above recommendations, the American Heart Association has these resources for people to check out: suggestions for simple things you can do to reduce your blood pressure, information on blood pressure medication, and tips for reducing your sodium and salt intake.