Why I Won't Be Changing to Dexcom G5 Anytime Soon

For the past couple months, I’ve been wondering whether I want to upgrade my Dexcom continuous glucose monitor (CGM) to the latest generation, G5, which eliminates the need for the separate iPod-style receiver. The G5 has built-in Bluetooth that lets it communicate directly to a smartphone. Cool stuff, right?

But I’ve just recently decided not to go for the upgrade at this time.

Nope, instead I’m going to stay with the existing G4 system and its do-it-yourself CGM in the Cloud partners that help keep my diabetes on track.

I’m going to tell you my Three Big Reasons behind this decision, but let me preface that by clearly stating that I’m crazy in love with Dexcom, and appreciate everything they’ve built and the incredible pace at which they are innovating. That truth stands no matter how I feel about the G5, a now-realized generation of tech that many of us in the Diabetes Community have been waiting on for a long time.

This California CGM company has done more to change my life (and even save it), than any other diabetes company. I find the G4 accuracy to be spot-on most of the time and it has helped me recognize patterns and trends in my D-management that I might have otherwise missed… to my detriment.

Still, my passion for Dexcom isn’t enough to convince me to upgrade and start using the G5 at the moment, given all I’ve seen and heard vicariously through press coverage, Dexcom statements, and feedback from other PWDs (people with diabetes). Here’s why I am saying “No Thanks” to the G5 for now:

The G4 is a solid piece of diabetes technology, so it’s weird to think that it’s now the ‘older generation’ of what Dexcom’s offering. Not only did the G4 represent a huge jump in capabilities from prior generations, but the G4 put Dexcom ahead of the whole industry in delivering reliable, accurate, user-friendly tech.

Prefer the Receiver: I have the updated 505 software made available by Dexcom last year at this time. That’s the algorithm used in Artificial Pancreas research, and with it, according to official stats the G4 delivers accuracy that is better than anything else like it (the first single-digit MARD score of 9.0%, compared to 13% in the previous model; the lower the result, the higher the accuracy.)  Unlike some folks, I really do not mind wearing or glancing at the receiver, and I actually prefer that in many instances. Most of the time, I can leave it on my desk while I’m working. When I go out, I use the flip-open black leather case and wear it on my belt without any complaints.

CGM in the Cloud: Since November 2014, I’ve also had been using CGM in the Cloud, aka Nightscout. Thanks to the Bluetooth-enabled Dexcom SHARE receiver that came out this past spring, I’m able to wirelessly send my CGM data to the cloud where I can share it with people in my life who need to see it. My wife and I both wear Pebble watches and are able to view that data easily on our wrists (thanks to Nightscout and xDrip), something that wouldn’t be possible with Dexcom SHARE itself or the G5 because it’s iPhone-specific and isn’t workable for our Pebble watches. 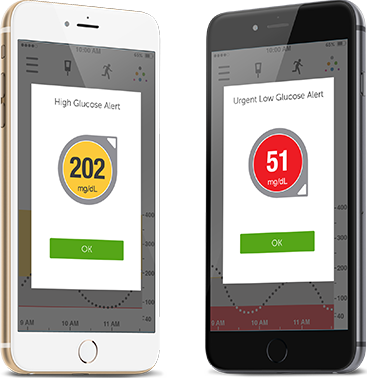 Remember, this is pretty brand spanking new. The G5 received FDA approval in late August, much sooner than Dexcom had expected! It started shipping in late September, and while some PWDs have started receiving their new transmitters, while others are still waiting, largely because Dexcom experienced early inventory problems and had to put G5 shipments on hold. But there’s already a lot of info available about what the G5 does and doesn’t offer.

I’m a big fan of listening to what others in the D-Community have to say in shaping my decision-making. I’ve read with interest some of the early reviews and impressions from friends in the DOC, like Adam Brown’s incredibly detailed review at Diatribe; First Impressions by Kerri Sparling at SixUntilMe; and a very insightful post by Scott Hanselman on “So much wasted potential“– as well as mentions on Twitter, Facebook, and D-forums.

This post on a diabetes forum is partly what gave me pause about the G5:

“(My daughter) has been using the G5 for about a week now. I’m not impressed. We are having a lot of issues with not getting any readings in my phone even though she is getting them on hers. If she goes from say network to wifi, it takes at least 30 minutes for it to reconnect. Also, I hate how it doesn’t fill in for time where her phone was off. Like on the G4, when she’s at school, she has her phone off and relied on the Dex receiver. As soon as school ended, she’d turn her phone on and the data for the last 6 hours filled itself in on the graph.

“That doesn’t happen with the G5. She still uses the Dex receiver at school with the phone off. But now when she turns the phone on, it no longer fills in those 6 hours on my phone. Just have a huge gap. I have to look at the Dex receiver to see the graph.  She is going away this weekend to a retreat. I’m not so confident that I will be able to see what’s going on. We’ve had way too many incidents of there being no readings on my phone for no apparent reason. I already miss the G4 Share.”

Based on all I’ve heard and learned, there are some specific issues here have persuaded me to stay with what I have:

UPDATE: The do-it-yourself CGM in the Cloud group has found a way to share G5 data, to some extent. Using what’s called Simple CGM, you can make it so a Pebble app pulls data from the Dexcom CGM server and is displayed on the watchface. You will still have to carry an iPhone/iPOD as the connection bridge, since G5 is only compatible with Apple at the moment (Android’s is on the way for sometime in 2016). And with this setup, you don’t have the ability to see Raw Data displayed during the CGM warmup period or the unfiltered diabetes data.

There’s a newer G6 model that’s only a year or so away! During Dexcom’s third quarter earnings call held Nov. 4, the company talked about its near-term pipeline and all it has going on these days. I was very impressed with what’s coming soon. The next-gen G6 will be filed sometime in 2016, and will hopefully FDA gain approval by early 2017 or maybe even the end of next year. This is huge, as the next-gen sensor will be more accurate and may require even fewer calibrations. That’s only a year or so away, so that’s another factor in motivating me to stick with the current model and maybe just bypass the G5 altogether.

In fact, in the earnings call, Dexcom announced some cool improvements to the G5 planned for the latter half of next year: they’ll be releasing a thinner version that will actually be smaller than any of the Dexcom transmitters we’ve seen. It may not change the three-month product life issue, but at least it will no longer be larger than the G4, as it currently is.

Dexcom is also planning to release a new inserter system next year, and from the mock-up images we’ve seen, it looks pretty cool. The receiver will also be upgraded with a touchscreen and more modern look. The current G5 receiver design is the same as the G4, though as mentioned, it has a black-on-white display instead of the other way around. 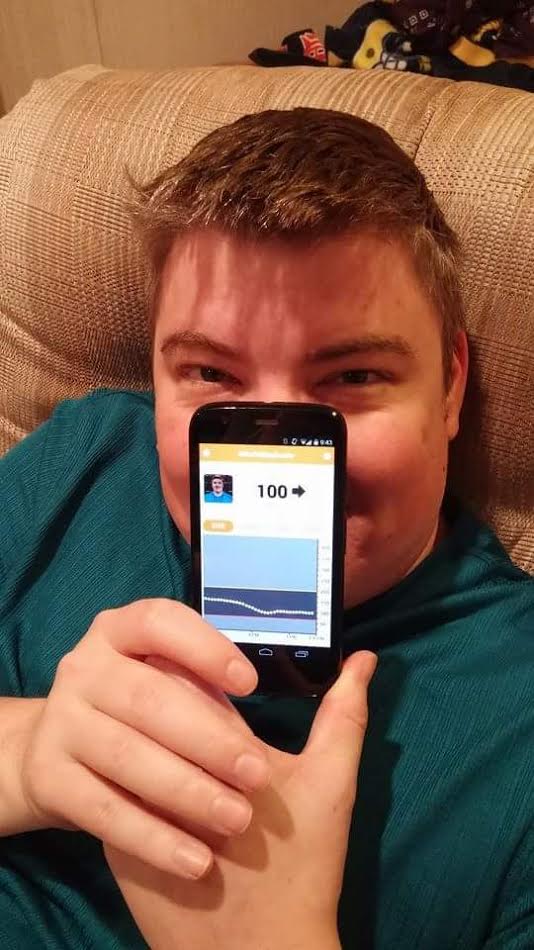 With all of the above said, don’t get me wrong: I realize that  I’m part of the roughly <25% in the U.S. who even have access to CGM technology in the first place. Many do not, and that’s a work in progress.

And let’s not forget this is all a very “First World Problem,” whereas people in the Third World are lucky to get life-saving insulin in the first place.

AND I do so very much appreciate the work Dexcom does in moving the needle forward on new tech and innovation.

Personally, from what I’ve seen, Dexcom has been able to do what most others in the diabetes industry haven’t traditionally been able to — work quickly and successfully with the FDA, keep a continued line of new gadgetry available, and actually change the way regulators and patients think about these important devices and tools in our D-lives. All the while, keeping up a successful business.

You have to commend them for all that!

But here’s the thing: New bells and whistles aren’t for everyone. It’s important to realize that simpler product models may be best for some people. And with all the fast-paced incremental upgrades these days, you can’t expect us patients to jump on every new model en force.

This isn’t the first time I’ve turned down the “latest and greatest” D-tech. In early 2014, I chose the Medtronic Minimed Paradigm Revel 723 pump instead of the more recent 530G — specifically because I didn’t want to use the MedT CGM sensor that I didn’t believe was as good as the Dexcom sensor.

So I opted for the earlier generation, and ever since I’ve had various company reps and doctors remark, “Oh, you can get the new 530G now!” I just smile at them politely.

While we at the ‘Mine are big on new products, innovation, new models for data-sharing, etc., the fact remains that as “empowered patients,” I think every PWD needs to determine for themselves what’s best for their diabetes world — latest generation or not.