What It's Really Like Using New Basal Insulin Toujeo

News came early in the year about Sanofi’s new basal insulin called Toujeo, which is a higher concentration than the long-established Lantus.

You may remember hearing rumors about this insulin years ago while it was still in development, when Sanofi execs were trying to pinpoint a final name. At the time, U-300 was the code name and many referred to it as “the son of Lantus” in diabetes water-cooler chatter.

The FDA approved Toujeo in February, and as of April, you can now get the new insulin in a familiar pre-filled, disposal pen that is labeled SoloStar just like its predecessor. Except the insulin is of course different. Toujeo has that higher concentration (U-300 instead of the standard U-100 we’ve been used to for so long), so patients can inject less volume, and it has an extended onset of action (6 hours vs. Lantus’ 1.1 hours) that can help reduce risk of hypoglycemia.

One analogy Sanofi has suggested is to think of their two insulins like laundry detergent brands. Lantus is the traditional Tide in a pour-container, but Toujeo is like the contemporary pods that don’t require measuring for a single-wash. “Same cleaning power, but in a smaller delivery and higher concentration.”

Sanofi has reworked the SoloStar pen, so that it “does the math for you,” meaning it automatically translates the 300 units of insulin per millimeter vs. Lantus’ 100 into the same number of pen dials as you’d see with Lantus.

And their marketing boasts Toujeo’s benefits: “Better than Lantus! Basal insulin lasts a full 24 hours! Fewer hypos!” Of course, they stand to win either way, since they also sell the competitor.

An invite-only media webinar in mid-August included a Q&A session with Sanofi reps and diabetes educators on Toujeo. While it was mostly what you’d expect from medical professionals engaged in marketing or even from reading the med’s manual, we did pick up some worthwhile nuggets from that webinar:

But aside from all the official info on Toujeo site, we wanted — as always — to hear the real-world experiences of people with diabetes (PWDs) who are actually using this new drug. It may be too early to get a full picture of how the Diabetes Community feels about Toujeo, because not many are sharing their experiences yet publicly. But so far, it seems Toujeo is more capable than its predecessor of lasting a full day and just like other diabetes medications new and old, it can take some trial-and-error to get the dosing right. Whether PWDs who try Toujeo will keep using it remains to be seen.

To that end, we’ve kicked off the new hashtag #RealWorldToujeo on Twitter. And today we bring brief testimonies from two PWDs, one fairly newly diagosed and one veteran. 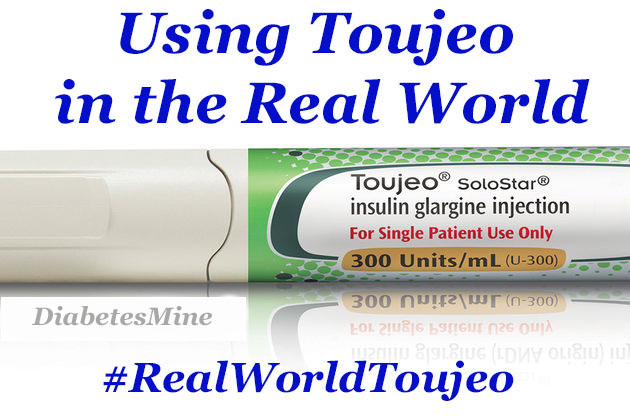 Living in Northern California, Jeff was diagnosed as type 1 LADA in September 2013. He had been using Lantus as his basal insulin since diagnosis, before switching to Toujeo. He now takes 18 units once a day before bed, which is the same timing and dosage as he previously did with Lantus.

“So far, I like it as well as or better than Lantus. Yet the jury is still out,” he says after a month of using Toujeo. 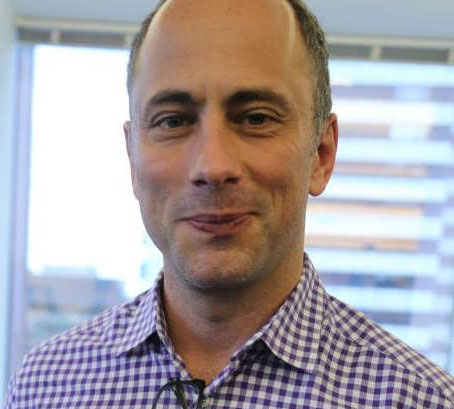 “Toujeo seems less like an innovation in insulin therapies and more like a marketing shift to try to extend the life of Sanofi’s patient relationships in the shadow of Lantus coming off patent protection and what could be the loss of market share in the face of generics,” he says.

Diagnosed with T1D more than two decades ago at age 3, Shawn tells us he was on an insulin pump for 16 years, but in mid-August he disconnected his pump and started taking Toujeo for his daily basal. He’s also been on inhaled insulin Afrezza for four months, and says this combination is working well for him.

Thanks, Jeff and Shawn, for sharing your thoughts on Toujeo. We would love to hear from others in the D-Community about your#RealWorldToujeo experiences, too. Feel free to leave a comment below, or drop us a line by email!