Nutrino App Creates a 'FoodPrint' for People with Diabetes

Among the bevy of new mobile apps coming out all the time that proclaim to help people with diabetes, one in the food and nutrition arena stands out. It’s called FoodPrint, made by Israeli-based startup Nutrino. 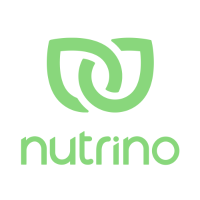 As the name implies, this free app uses CGM and user-tracked data to create what’s called a “FoodPrint” (think distinct fingerprint, but for food) aimed at personalizing and even predicting eating patterns and resulting blood glucose trends for PWDs. In some of the promotions, it’s even referred to as a “virtual nutrionist.” It’s available on both Android and iOS, though it doesn’t connect with every device on both platforms quite yet.

This isn’t brand-spanking new, as Nutrino’s been around for several years developing the beta technology and an early version was debuted at our very own DiabetesMine D-Data ExChange event last fall. But Nutrino’s shifting into high-gear now…

After announcing at last year’s ADA Scientific Sessions a partnership with Medtronic to offer the full-fledged FoodPrint app to users of Medtronic’s continuous glucose monitor (CGM), they’ve got some initial data from that system and have moved forward with other partnerships with Dexcom for integration with G5 CGM data, and just recently the internationally-available FreeStyle Libre Flash Glucose Monitoring (FGM) system.

And from what we’re told, this is just the beginning of more changes to come!

“We are aware that manual food tracking is tedious and not sustainable for the vast majority of people, and Nutrino doesn’t believe in it as an approach for the masses,” a Nutrino spokeswoman tells us. “During the next months we will be introducing multiple novel methods to facilitate food logging for individuals. Aside from manual logging, Nutrino allows users to use their location to find healthy restaurant meal suggestions near them, it offers suggestions from some of America’s most popular chain restaurants and provides full nutritional information for restaurant dishes, as well distance and price.”

Hmmm, sounds promising! But does it actually work and serve a practical purpose for people with diabetes? You can get some idea based on the specs:

I’ve played around with it a bit, but unfortunately because I don’t use Medtronic’s CareLink, the FreeStyle Libre isn’t yet approved in the U.S., and Nutrino doesn’t yet have Android-compatibility for Dexcom CGM connectivity, I wasn’t able to integrate my CGM data with this mobile app. We’re told that Nutrino’s working to integrate the Android version of Dexcom, but there’s no word on when that might happen.

“Nutrino’s goal is to ultimately integrate with any device used by people living with diabetes. Stay tuned,” company spokes-folks tell us.

Fortunately, the Nutrino app allows you to manually enter CGM and glucose data, so I found myself doing that tedious task to get a sense of how it works. After entering a few days worth of glucose readings before and after my food logs, the two realizations that hit me were:

In searching for local spots to eat, it was interesting that the Nutrino-generated tips only included a small handful of places near my home with specific menu items — such as a bacon and egg sandwich for breakfast at a local fast food joint. I’m sure as more people use this, and coverage gets more widespread, more places will be added.

In summary, I think this FoodPrint app by Nutrino has potential, as long as it keeps up with the pace of technology and allows people to use it no matter which D-device or platform they rely on. Once it allows me to use my Dexcom device, I’ll certainly connect it and use it more regularly.

After all, who doesn’t love the idea of getting personalized help with food choices and dosing just right for everything we eat?