The ink is still wet from a new deal just announced between CGM-maker Dexcom and data analytics giant Google, in which they’ll collaborate to develop next-generation diabetes technology.

Yep, on Tuesday morning, Dexcom and Google Life Sciences went public with their new partnership that was f 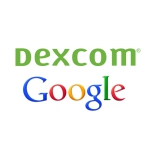 inalized after 1am EST, with a quickly organized investor and media conference call scheduled for the early morning hours.

The press release says they’ll “developa series of next-generation CGM products that are designed to be smaller and less expensive than existing technologies. These new products will incorporate Google’s miniaturized electronics platform with Dexcom’s best-in-class sensor technology. This collaboration also provides an opportunity to better utilize the data generated by these CGM products to significantly improve the outcomes and reduce the costs associated with diabetes care.”

While it’s too early to get the companies to nail down product specifics, they are foreshadowing a small, flexible, dime-sized CGM unit that will be integrated with Google’s mini electronics next-gen tech. The hope is for this to be disposable, lower-cost and longer wear for at least 10 days, according to Dexcom CEO Kevin Sayer’s comments on the conference call.

And with Dexcom already pushing separately to lower cost and make its CGM sensor tech available in pharmacies across the nation, this compact device that incorporates transmitter and sensor, and communicates directly to any smartphone to share data, might be something we could pick up at our local Walgreens or CVS in the coming years. Wow!

Of course we’re super curious to hear more about how this future D-tech will integrate with the Google Fit platform (a response to Apple’s HealthKit as a central hub for health data and apps), much like Dexcom’s own iOS-friendly SHARE system works with the Apple platform.

We know that Dexcom’s been pushing for more data-sharing capability and just recently hired a new senior data executive to focus on that path. On its recent earnings call, the company mentioned that we could expect more news later in 2015 on its SweetSpot data-sharing platform that was initially acquired back in 2012. What happens with all that now, with this new Google Life Sciences partnership, remains to be seen.

No matter how you slice it, this is HUGE news, as Google is of course an Internet Giant, and has a track record of changing the world — which it’s now poised to do in the realm of diabetes!

“We couldn’t be more excited about this game-changing partnership, to develop breakthrough technologies to change the future of diabetes management forever. Working together, we believe we can introduce products that will move us beyond our core type 1 business to become the standard of care for all people living with diabetes,” Sayer said on the conference call.

This new deal comes just a day after Google announced a corporate restructuring, forming a new company called Alphabet to operate as the parent company for all of Google and its separate smaller businesses and divisions, like the Life Sciences/Google X division now working wtih Dexcom.

“Google is good at miniaturizing components, they can get there and go there faster than we can,” Sayer says. “We are very good at sensors and algorithms, and we’re good at customers and taking care of patients. At end of the day, a partner like Google accelerates us and gives us access to new tech faster than we could develop this ourselves.”

Dexcom sees this as a way to expand the CGM market, with the more attractive consumer-friendly form factor not only enticing more type 1 customers but also making headway into the type 2 diabetes population and allowing Dexcom to better integrate into hospital settings and also the gestational diabetes community, Sayer says. The lower-cost and potential reimbursement aspects of this could be huge for bridging that gap to more type 2s and even getting Medicare coverage.

Sayer says the first joint product could be commercialized in the next two or three years, followed by a second-generation Dexcom-Google offering about five years out. Of course, none of that timeline is finalized and could always slip as this partnership moves forward.

Note that Dexcom says it will continue work on its current product pipeline alongside this new venture with Google. That means they will move ahead with near-term plans for improved sensors, including the G5 that is already under review by FDA and expected to be approved by year’s end, and the even more accurate G6 sensor expected to go to FDA sometime in 2016.

The new exclusive partnership gives Dexcom access to some coveted Google intellectual property (IP), although Dexcom confirms that does not include the cool Google glucose monitoring contact lenses announced back in early 2014.

Dexcom says it will remain in charge of developing the new CGM sensor tech, while the two companies will engage in joint steering, development, and coordination activities to oversee aspects of this partnership.

There is no immediate timeline on any R&D and the companies are just beginning to talk more in-depth about the financials and R&D resources needed, but Dexcom says they will be committing substantial funds to this partnership, to cover future clinical trials and developing new data analytics platforms. Financially, Dexcom will also be giving Google up-front fees in the form of common stock, and will make milestone payments to Google in cash or stock as time goes on. Eventually, once products are commercialized, royalties will also be paid to Google based on value.

On the media call, Sayer made an interesting — yet kind of Big Brother — point about how data could be examined and analyzed from these future devices, expanding on what Dexcom has already started doing with its Dexcom SHARE system. Patient data could be analyzed to learn more about patient behavior, for example how and when someone with type 2 actually moves to insulin-dependence.

“At what point does someone change over to insulin and why? We don’t know,” Sayer said. “But if that person was on sensors and monitored, we could maybe catch warning signs or know how and why this happens.”

It’s pretty amazing to see this deal come together — a small, entrepreneurial diabetes device company pairing with a powerhouse like Google to help revolutionize data-sharing and wearables in diabetes. Kudos to Dexcom for its already-stellar lineup of joint development partnerships with pump companies, Tidepool and even Apple with the Apple Watch Dexcom app, and for being willing to essentially “reach across the aisle” and go with Google to expand its reach there.

Very exciting times, and with Dexcom’s recognition that increased access and lower-cost are priorities, we have a lot to look forward to!