Not surprisingly, there’s been a lot of hype about Medtronic’s new 670G “hybrid closed loop” semi-automated insulin delivery system since it was approved by the FDA just over a year ago.

After all, it’s the first of its kind — so far the only “pre-Artificial Pancreas” technology connecting an insulin pump and continuous glucose monitor with smart algorithms that’s gotten the green light from regulators, much quicker than anyone expected in fact. Truly, there’s a lot to be exited about.

Yet despite all the good vibes (and mostly good press), Medtronic has faced a number of speed bumps over the past year — from the company’s slower-than-announced rollout that left many would-be customers frustrated, its inability to keep up with the high demand for CGM sensors and other supplies, to Anthem’s initial refusal to cover the 670G, and Hurricane Maria in September hobbling Medtronic’s Puerto Rico manufacturing operations.

Of course any company can be hit with operational snags, or be affected by a natural disaster. But what makes this particularly alarming for the D-Community is the contracting of the diabetes device market these days, with a Nov. 12 Star Tribune story noting that some now see Medtronic as the “only game in town” for some of these products.

With the insulin pump market shrinking and access to diabetes necessities becoming more uncertain, Medtronic is edging ever closer to monopolizing this med-tech segment and that means people with diabetes may not have many options except to make do.

Bottom line: Many patients face fewer choices, and are afraid of being left twisting in the wind if they can’t even get access to needed supplies from the most prominent D-vendor.

A Challenging Year for Medtronic Diabetes

Here’s a look at key events that have impacted Medtronic over the course of the past year:

Minimed 670G Approval: As noted, the FDA cleared this in Sept. 2016, whereas Medtronic had previously been saying  it expected this new system to be available in Spring 2017. With the faster approval time, the company’s launch timeline didn’t immediately change; instead, they offered promotions allowing PWDs to sign up for a “Priority Access Program” that promised first access to the new device in spring. Many customers were not thrilled about being placed on a waiting list.

Gradual Rollout: Once Spring arrived, Medtronic stepped back on the promise of a full launch, in favor of initially gaving the system to a small group of people within the company itself and some selected others deemed “patient ambassadors.” The party line was that Medtronic was orchestrating a staged rollout, with more people getting access in mid-summer before everyone else would follow in late summer to fall.

Staffing and Training: Mixed into the slower rollout is the fact that the 670G is a more complicated system that users must learn — much different than what we’ve been exposed to before. As a result, doctors and educators have to go through three rounds of training for each patient, prolonging the time it takes for them to get their patients started on this device. Add to that word from clinicians that MedT just doesn’t have the staff to keep up with the demand, and it further muddied the waters.

Anthem’s Hesitation: A big hiccup came in insurance reimbursement earlier this year, when health insurance giant Anthem Inc. announced that it viewed the 670G as an “investigational” device and therefore declined to cover it. Thankfully, that’s been resolved. Just recently, word came that Anthem has revised its policy for reviewing 670G claims and is approving them in certain situations. The JDRF announced this on Nov. 17, and here’s that full revised policy from the insurer.

Mid-Year Delays: In the summer, reports also began surfacing among Medtronic customers about ordering delays for CGM sensors due to rumored manufacturing issues at the company’s facilities; this applied to CGM sensors as well as replacement pumps, infusion sets and other supplies.

Puerto Rico Impact: As the summer came to a close, the U.S. and Caribbean were hit hard by a line of hurricanes. Then in mid-September, when Hurricane Maria hit Puerto Rico with a devastating blow, Medtronic’s manufacturing facilities there were hit hard. The company has more than 5,000 direct and contract employees there, including those in the diabetes division. Originally, they expected a $250 million loss as a result of damages and lost productivity, but just recently that impact was downgraded to just $55 to $65 million. Still, CGM and diabetes product delays have ripple effects and have added to frustration among existing, new, and potential Medtronic customers.

Insulin Pump Market: Roche Diabetes Care stopped selling pumps in this country at the start of the year, and more recently JnJ announced its decision to shut down its Animas pump division immediately for the U.S. and Canada. Meanwhile, Tandem Diabetes Care is still alive but struggling financially, potentially leaving only Insulet with its tubeless OmniPod patch pump as Medtronic’s major competitor Stateside. While these changes benefit Medtronic, they’re having to move quickly to pick up stranded customers, which may be an added burden in the short-term while they’re struggling with manufacturing delays.

We reached out to Medtronic asking for details about CGM and supply delay issues, and received this statement focusing on the Puerto Rico disaster from spokeswoman Janet Kim in early November: 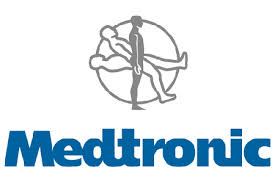 “Medtronic has manufacturing facilities across the island including in Juncos where we currently manufacture our MiniMed 600 series insulin pumps, Paradigm insulin pump and pump reservoirs. The safety and well-being of our employees, their families and the patients we serve has been our primary concern, and Medtronic has been doing as much as possible to support the communities affected by this natural disaster.

“We have been working diligently to repair our Juncos manufacturing facility, which was damaged in the storm. While these unforeseen events have added additional pressure on our pump supply, our facility has returned to full production and our teams are working as quickly as possible to address the needs of our customers. We will continue to prioritize existing customers to ensure there is no disruption to their therapy as well as participants in our Priority Access Program.”

From where we sit comfortably in the U.S., it’s hard to imagine what it’s like to be living in the aftermath of Puerto Rico’s devastation — and the lack of help offered by our current government. We certainly appreciated seeing the posts Medtronic has been featuring about the incredible spirit and resolve their employees and community in Puerto Rico have displayed in the face of this adversity.

From the Diabetes Community

Natural disasters aside, patients in our American diabetes community have had mixed experiences with Medtronic over the past several months, relating to product delays and customer service. FWIW, here’s a sampling of DOC responses shared with us:

Kelly Connelly Enriquez: “I know two stories, which is the reason I won’t do MedT. One loyal customer has had the pump since last July, but has not yet gotten sensors to use with the 670G and got a letter saying by Jan. I also have had contact with someone who got their 670G (as a new customer) in Sept. and already has sensors to use the system with. (Serving new customers first) just doesn’t seem right to me. That screams of greed to me.”

Phyllis Kaplan: “I have been using the 670G since April with Auto Mode engaged, and my Guardian Sensor 3’s have shipped without delay.”

David Cintron: “Not a 670G user, but I personally know three friends who just got their 670G and now are being told 2018 before sensors will be available. I’m thinking the production issues have to do with both high demand and also the facility going down in Puerto Rico.”

Lori Dawn: “We’ve been waiting for weeks for sensors. My son’s supplies come directly from Minimed, are covered in full, and every time I call I am told that they will email a supervisor to do some kind of override to get sensors sent… but still no sensors!”

Neal Hoffman: “No issues whatsoever. Just had a 3-month prescription for infusion sets, reservoirs, and sensors filled and delivered within 3 days.”

Andrew Stivelman: “Apparently their facilities are in Puerto Rico and were severely damaged (read: out of power) by Hurricane Maria. I was told this by a MedT rep when inquiring about my Animas issue.”

Debbie Tanguay: “I talked to Medtronic a few weeks ago as I’m an Animas customer and am shopping around. It sounds like there is a priority order of who gets them first since the sensors are backordered (I was under the impression that existing users are first). They told me it’d be probably February when I’d get sensors, but since that was a few weeks ago my guess is then or longer now.”

Beth Willetts-Thomasson Thwaites: “We were just approved and they said it wouldn’t be until Spring.”

Tina Bryant: “670G for not quite a week, loving it. Sensors on back order because of the facility being in Puerto Rico. We were on the wait list for the pump for six months.”

Wes Ton: “Our Transmitter malfunctioned and @MDT_Diabetes is happy to replace, but do not know when they will have in stock. #670G dead in the water. Back on #Loop, #WeAreNotWaiting #DIY #OpenAPS #AndroidAPS #Nightscout #CGMintheCloud.“

Lisa Glatzer Shenson: “Re: 670G MedT says anyone who placed an order before 9/5/17 should receive a sensor before Jan. 1. IMHO MedT has an opportunity to vastly improve inventory management so it can better predict and communicate delivery dates to users.”

A Bit of Perspective

Certainly a mix of responses, for sure.

Note that in early November, the FDA granted Medtronic’s request to increase manufacturing capabilities for its Guardian 3 sensor, which will hopefully (eventually) address some of these issues.

Meanwhile, one customer we heard from was D-Mom Candace Herman in Kansas, who has two kids and a husband with T1D who all use Medtronic devices. She shared how her 12-year-old daughter has been using the 670G “off-label” since June (since it’s not yet approved for children), and how her 10-year-old son will likely be making that transition early next year along with her husband next summer. The Enlite CGM sensors their family uses have been on backorder, but no delays with their 670G sensors to date, and she hopes there won’t be any delays once her son and husband start on the device next year.

She offered a bit of sobering perspective:

“I understand delays are frustrating but… (Medtronic) seems to be bending over backwards to appreciate and help their employees in Puerto Rico. I do think someone should have foreseen the potential issues with having their only plant on a 100-mile island in the middle of the Caribbean. I don’t, however, feel like we should throw temper tantrums over our difficulties. Our response reflects on our character rather than their mistakes.”

Well said, Candace. We take that to heart, especially knowing that this is likely not (fingers crossed!) a long-term issue.

Here’s to hoping that all the issues get resolved ASAP, and that with all the uncertainty in the pump market, PWDs are able to get what they need when they need it, without too much disruption.