This may be a time of colder weather when insulin overheating isn’t top of mind, but it never hurts to be prepared, right?

Yep, keeping your insulin at ideal room room temps (between 59 and 86 degrees) isn’t always easy — especially in hotter climates with humidity, or in places where snow and frost are not uncommon.

Northern California startup TempraMed believes they have an awesome solution with their new Vivi Cool products, replaceable caps lined with a unique “super-insulation” that can fit over popular insulin pens, and soon also vials. TempraMed has been working on this tech for several years in stealth mode before exhibiting at the big annual diabetes educators conference last summer, and now they’re ready to start showing their stuff to the Diabetes Community!

The first-generation Vivi Cap1 product fits over any type of insulin pen and adjusts constantly to keep the insulin pen at the higher end of room temp. It’s based on the same space-industry-grade insulation material used in those fancy temperature-control mugs now sold at Starbucks!

In Spring 2017, TempraMed will launch a second-generation of its product that has a rechargeable battery and keeps the insulin pens at a cooler, refrigerated-type temperature, along with a version designed specifically for insulin vials. And they’re also planning an EpiPen version of the cap to keep those allergy-emergency pens cool.

To get all the details on this product plus the company’s backstory, we connected recently with TempraMed’s Israeli founder Ron Nagar, who’s been in the medical device field for 20 years. In fact, we’ve chatted with him before, in his role developing insulin absorption products at InsuLine. Though it’s available in Europe, that hasn’t come to market here in the States, but it’s where Nagar became a sort of “insulin temperature man,” and got his start developing what is now TempraMed.

Here is our interview with Nagar, followed by an exclusive DiabetesMine giveaway of the new Vivi Cap1 designed to keep insulin pens cool!

DM) First off, do you have a personal diabetes connection?

RN) Yes, my father is a type 2 diabetic and my aunt injects insulin. I have spent the last 17 years developing devices to make it easy for people living with diabetes, starting with a project for non-invasive blood glucose monitoring 17 years ago that unfortunately did not have enough resources to complete development and get to market.

Then I founded InsuLine Medical, which developed InsuPatch and InsuPad, which both accelerate insulin absorption. InsuPad is now available in Europe, but still not in the U.S. At InsuLine I learned about the importance of temperature, which I used to improve blood perfusion then, and now I’ve moved to protecting the drug from being exposed to extreme temperatures.

So, it’s fair to state that while I’m not diabetic, I certainly have passion to help people living with diabetes as much as I can.

How did you come up with the idea for TempraMed?

Over the past 10 years, I’ve been working closely with Prof. David Klonoff and Prof. Bill Tamborlane who were medical advisors for my previous company, InsuLine Medical. About 4 years ago while I was still running the project at InsuLine, which was around temperature and its effects, David reminded me that there is need for temperature-stable insulin that became a major concern since Hurricane Katrina in the U.S. and during other cases when insulin might be exposed to extreme temperatures.

So when I moved on from InsuLine I saw an opportunity to come up with a solution that can work. Since I’m not a chemist I looked at the problem from the device perspective. At that time, an executive of one of the insulin manufacturing companies also asked me to meet with him during his vacation, on World Diabetes Day two years ago. He explained that he wouldn’t have bothered to meet me on that day unless it was important. That meeting emphasized to me the magnitude of the problem and that it is time to address it.

OK, tell us about about your Vivi Cool products…

The components of all our products are:

We have two basic generations of each the Vivi Cap and Vivi Vial, made of that special proprietary heat-absorbing plastic.

The first-generation Vivi Cap1 is an FDA and CE registered cap that fits over an insulin pen and keeps the medication cool, at 28°C (or 83.4 degrees), which is the higher end of room temperature. The Vivi Cap1 is 3.5” long, with a diameter of about 1.18”, and weighs less than 2 ounces. It does not require any activation and works at all times by simply replacing the existing pen cap. This is our currently available product to purchase.

There is a version of Vivi Cap1 for each of the major prefilled pen brands: FlexPen and FlexTouch by Novo, KwikPen by Lilly and SoloStar by Sanofi.

Our second-generation Vivi Cool 8c has a rechargeable battery and keeps the insulin cooler, at 8°C (or 46 degrees). This should be available starting in April 2017, and is available for pre-order now.

We will also have the Vivi Vial and the Vivi Vial 8c, designed to keep insulin vials at the same temperatures as the above devices. Those can also be pre-ordered and should be available after April.

And what does the name “Vivi” refer to?

It’s derived from the word “vivify,” which means to give life to, brighten, or sharpen. It also means “life” in many Latin-based languages.

How exactly do the cap and vial tools work?

For the Vivi Cap1, it keeps the temperature of the drug in the pen cartridge at a safe injection temperature below 29°C (84.2°F) for minimum of 12 hours even in a constant environmental temperature of 37.8°C (100°F), when the device is placed inside a personal handbag – so the user can simply place it in its kit. The temperature regulation is passive and combines space grade thermal insulation with heat absorbent material. The cap is automatically ‘reactivated’ or ’filled up’ to provide safe storage conditions, whenever the ambient temperature gets below 26°C (78.8°F).

So whenever the user gets back home, or during the night when camping outdoors, when the temperature falls below 26°C (78.8°F) the device regains its protective capability without requiring the user to do anything special for that. This can go on and on for years.

Therefore the cap is good for daily use, to keep the temperature regulated in case one leaves the bag with the pen in the car for some time, as well as when going outdoors.The temperature assurance indicator is a light that shines green or red; to check, the user just presses a button at the tip of the cap to observe that light indicator.

What was involved in developing this device?

It was clear that the device solution would be made of insulation together with an element that can control the temperature. From the start, we knew that the key was finding a “super insulation” that we can use to make our products very small, keeping the overall form factor of the device as close as possible to pen cap.

Over a few months, each day we placed the prototypes in an oven, exposing them to high temperatures and later to refrigerators and freezers, to test their behavior at low temperatures. We also ran tests comparing the performance to the common water evaporation based devices.

Can you share any stories of too hot or cold insulin, where this device would’ve helped?

This past year, my wife volunteered at our children’s summer camp in Israel. The temperature during the day can get to 100°F accompanied with humidity of 60-80%. There were kids there who were using insulin pumps, and the insulin vials they carried to fill the pump reservoirs were exposed during the entire week time to such temperatures. Their parents told my wife that coming from the camp, they intended to throw away the insulin vials and get new prescriptions.

Certainly Vivi Vial could have helped them, making sure that the insulin they use is kept cool and not requiring them to throw it away. I also heard a story of a diabetes camp in the U.S. where they had to throw away all the insulin they had because the refrigerator did not work and froze the entire stock of insulin. Vivi Cap1 together with Vivi Vial could have assisted them, not requiring to refrigerate the insulin in use, while making sure it stays at the proper temperature.

What does your technology cost?

Any plans to develop further features for these pen caps, along the lines of what Timesulin does with dose tracking? It appears that right now, pen users would have to choose between your cooling functionality and their “smarts”…?

Sure! Vivi Cap1 is just our first product in the family of current Vivi cooling devices, which include versions for vials as well as the Vivi 8c version for pens and vials that keep a pen or vial refrigerated for 24 hours. It also allows someone to carry pens and vials during long flights, until they reach a refrigerator without the need to use messy ice cubes.

Later, we are going to incorporate additional features to Vivi Cap that will allow remote tracking of injections and amounts of drug that remain in the pen/vial.

What kind of feedback have you gotten so far from the Diabetes Community?

Well, we have just started reaching out and so far the feedback is very positive. People most like the fact that the device provides around-the-clock protection without any bother.

With that, we’re happy to be working with TempraMed for a giveaway to a few lucky winners… 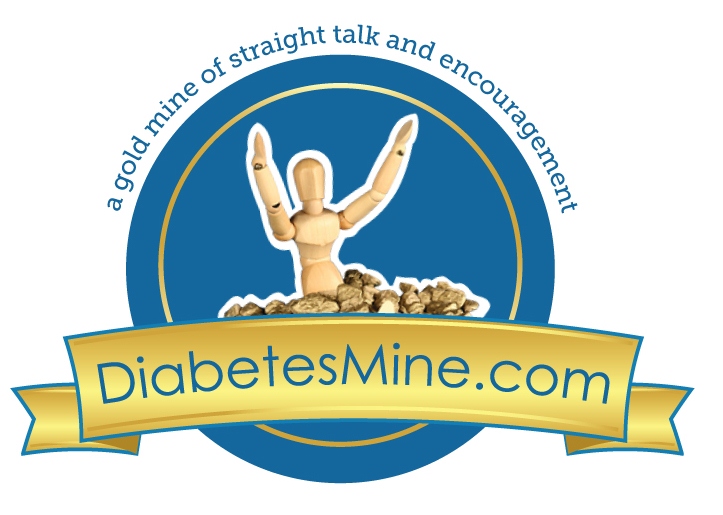 We’re excited to give away Vivi Cap1 cooling caps from TempraMed to THREE lucky winners — who will each receive a pair of (TWO) caps of their choice, to fit their insulin pen model. Here’s how to enter:

Just leave a comment below, and be sure to include the codeword “DMProducts” somewhere in your comment so we know you’re in it to win it. Since our comment system requires login, you may also email us your entry directly at info@diabetesmine.com, using the subject line “Vivi Cool.”

The winner will be chosen using Random.org, and announced via Facebook and Twitter on Monday, Jan. 30, so make sure you’re following us.

Please be sure to keep tabs on your Facebook messages or emails, as that’s our only way to contact winners.

This contest is now closed. Congrats to our 3 winners, as chosen by Random.org — Elise Boyd, Donnie James, Jessica Lynn-Lato.