Maybe you’ve seen the “Diabetic Strips” signs on the side of the road in your state and also wondered what actually happens when you call one of the numbers listed… We wrote about organizations dealing in test strips cheap-for-cash in our post “Test Strip Charities” last year, but without the extra bonus of having an undercover “secret shopper” to check the service out. Now our talented cartoonist, D-Advocate and correspondent Mike Lawson offered to make that happen by following up on one of these surprising road-side signs. Read on to discover what Mike found out!

Special to the ‘Mine by Mr. Mike Lawson 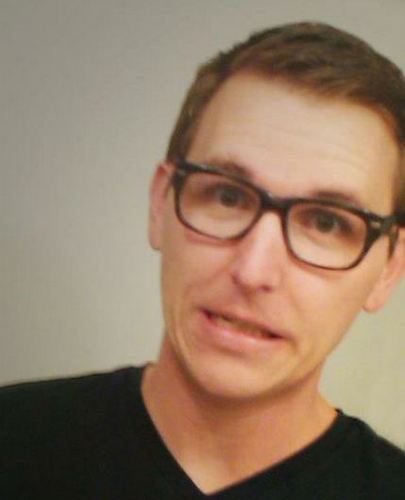 I felt like Woodward. No…I felt like Bernstein. Wait. Which one did Robert Redford play in All The President’s Men? That’s the one I felt like.

I was sitting in a McDonald’s parking lot in Scottsdale, Arizona, waiting for a man named Marcus to meet me so I could sell a box of 50 test strips. I arranged this meeting by calling a phone number that I saw on a road-side sign in Phoenix that said “Ca$h Paid For Diabetic Strips.” 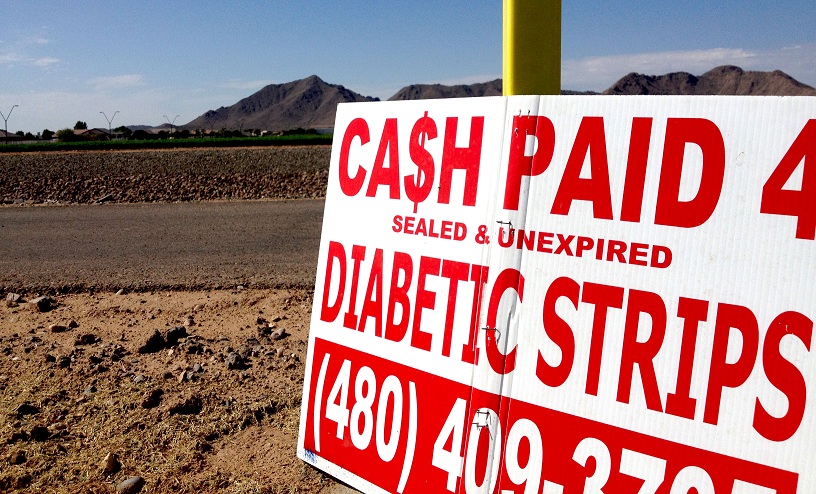 It is not illegal for companies to buy and sell test strips like this — although the companies are required to register with the FDA and many fail to do so — yet this transaction still felt a little shady. When I called the number, for example, I wasn’t greeted with a company name but just by a woman who identified herself as “Stephanie.” Stephanie told me that there was no physical building for me to drop off the strips, but rather a courier would be sent to me.

Stephanie also told me that the price paid for strips varied based on the brand and the expiration date. So I could sell this box of One Touch strips that I purchased for $10 on my private insurance to this unnamed company for $20. And this same box of strips will sell for $40 or more online. But are the quality products?

For someone who is uninsured or underinsured, $40 for a box of strips that retails for $50 or more sounds like a deal. But David Winmill, a nurse practitioner and Certified Diabetes Educator that practices in Ogden, Utah, says patients need to be skeptical when they purchase testing supplies online from supply resellers.

“Patients need to question the integrity of the products they are buying online,” Windmill said. “It’s impossible to guarantee that the strips purchased from a third-party were maintained in a certain environment.”

Test strips that are expired, exposed to heat, or used on a meter other than the one they were made for can produce inaccurate results. Despite the risks of using second-hand supplies, the soaring cost of being a healthy diabetic explains why this black market has developed.

People with diabetes (PWDs) are receiving test strips for free or highly discounted using Medicare, Medicaid or private insurance and then selling them to companies that will resell them to uninsured or underinsured people at a price that is still lower than retail price. The seller makes a little cash, and the buyer gets a nice discount, so everybody wins, right?

For example, take the case of Jenn Wilder, an Arizona woman who doesn’t have health insurance and was diagnosed with pre-diabetes six months ago. She buys her testing supplies online because of the savings. “After doing a careful cost analysis, I realized that I could still buy supplies cheaper than the cost with health insurance,” she said.

Wilder spends about $75 for 100 strips through an online retailer that she found through a Google search. If she purchased the same strips at a pharmacy, she’d pay about $125. She told me that if she discovered that the supplier had sold her defective or expired strips, she would simply find a new online supplier, because paying full-price for strips is not an option.

And it’s that thought that brings me to where I was, going “undercover” to sell my own strips…

In the dark, empty McDonald’s parking lot I started having second thoughts. I started thinking that maybe I hadn’t thought this through. Do I need an alias? Do I need a trench coat or disguise? What if this is a setup? Just before I talked myself into leaving, a white unmarked Honda Accord pulled up next to me. It was Marcus, the courier.

Marcus, I learned, does not work for the company that purchases the strips or hangs the signs. “I’m just a courier,” he said. The diabetes supply reseller pays a courier company that Marcus works for to pick up supplies. Marcus doesn’t know bupkis about diabetes supplies; he’s just the middle man.

As I signed a receipt on the trunk of Marcus’ car, he pulled out a wad of cash and peeled off a $20 bill for me. He examined the box — they only buy unexpired and sealed boxes of strips and lancets. I asked Marcus if his courier company did a lot of pickups like this one. “This is about the only thing I pick up,” he said. Wow.

When I revealed to Marcus that I would be writing an article about buying/selling the strips, he said that he had nothing to add. And (no surprise) I also had trouble getting anyone on the inside of this business to talk to me. When I attempted to contact five different online resellers to talk about safety concerns or get them to explain their processes, not one of them returned my emails or calls.

A slow economy and high 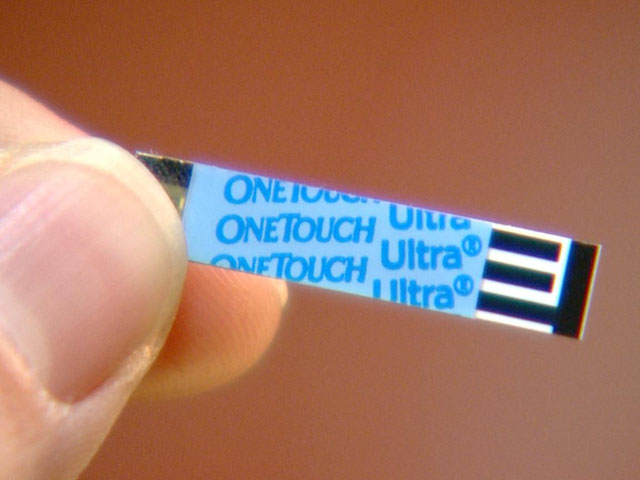 unemployment rate has been bad for many Americans, and that is certainly true for PWDs. Winmill, the Utah CDE, said that he’s suspected some of his patients have been using second-hand test strips and he knows some of his patients have cancelled appointments because they cannot afford the copayments. And he’s had to delay necessary tests like cholesterol screenings because the patient can’t afford it at the time.

Winmill recognizes that it is costly for us PWDs to stay healthy, so he’s not placing any blame. “Most patients want to do the right thing. They want to help themselves.” He believes that patients buying second-hand strips are just doing what is in their means to get what they need.

But what many patients don’t know, Winmill says, is that their doctors and nurses can help them get through tough times. He suggested that before PWDs turn to test strip resellers on the Internet — or the side of the road — they try communicating with their healthcare providers.

“There are many resources that we have access to that can help patients receive the equipment and supplies they need from reliable sources.”

Patients can apply for prescription savings programs like Together Rx Access or the national Partnership for Prescription Assistance program, which offer discounts on many different brand-name and generic prescription products at the pharmacy.

Beyond test strip savings, patients in need can also apply for assistance from a handful of companies that make their drugs. These include Lilly Cares for discounts on Humalog insulin; Novo Nordisk’s Cornerstones4care program for Levemir and Novolog insulin; and Sanofi’s Patient Connection for Lantus and Apidra. Some other options for savings on diabetes meds can be found here.

Note that these saving programs go require a co-signature from your healthcare provider, and the insulin or meds provided is shipped directly to the provider’s office for you to pick up.

So maybe you’re not saving directly on glucose strips, but we’ll take the help wherever we can get it, right?

While it was kind of an adventure, I personally plan on speaking to my healthcare team or looking into some of the prescription assistance programs before turning to the seedy world of trench coats, couriers and McDonald’s parking lots again.