Diabetes and the Ice Age

Would you believe that in the book Survival of the Sickest, Dr. Sharon Moalem theorizes that type 1 diabetes is actually an evolutionary adaption to the cold? 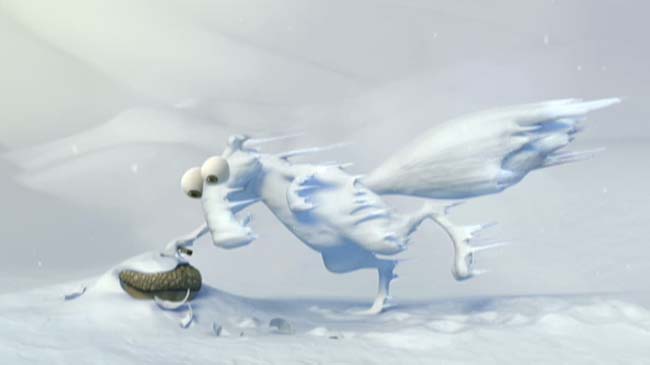 By way of explanation, here’s a quick history lesson: Way, way back in prehistoric days, there was a severe drop in temperature called the Younger Dryas, in which the temperature dropped violently in a matter of a few years. While many thousands of people likely froze to death, humans clearly survived. Dr. Moalem theorizes that there might be a genetic trait that helped certain humans withstand the cold. “Just because we can’t survive a true deep freeze doesn’t mean our bodies haven’t evolved in many ways to manage the cold,” Dr. Moalem says. “Not only is your body keenly aware of the danger cold poses, it’s got a whole arsenal of natural defense.”

To get a real quick picture of how this relates to diabetes, Dr. Moalem illustrated his point with a story of ice wine, created in Germany 400 years ago. A German vintner discovered that if he used nearly-frozen grapes to make wine, the wine was incredibly sweet. How did this happen? A grape naturally does two things at the first sign of frost: first, it reduces water to prevent ice crystals from forming inside the grape (which would puncture the delicate membranes of the fruit) and second, it raises the sugar concentration of the water that remains. Why raise the sugar concentration? Because sugar is a natural anti-freeze. Ever had a Slurpee? It’s all ice, but never quite freezes because of the massive amount of sugar inside.

A second example is a type of frog in Canada nicknamed the incredible freezing frog, which, after being exposed to near-freezing temperatures, slowly moves water out of its blood and organ cells (to protect it from ice) and at the same time, the frog’s liver dumps massive amounts of glucose into its bloodstream, skyrocketing the blood sugar level.

So, we see two examples in nature of this unique phenomenon, and now the questions is… could humans do this too? In his book, Dr. Moalem suggests that diabetes “may have helped our European ancestors survive the sudden cold of the Younger Dryas.”

OK, but how exactly? Faced with frigid temperatures, Dr. Moalem suggests that our ancestors’ bodies slowed their output of insulin, allowing for their blood sugar to rise. Our ancestors also had something called “brown fat,” which is a type of fat that generates heat as long as it has fuel.  Unlike most other tissues, it doesn’t need insulin to bring sugar into its cells. The problem is that most of us don’t have much brown fat anymore, and those who do have enough for this phenomenon to work are those who live in permanently in extreme cold — you know, like igloo dwellers. With our modern technology constantly heating our homes and cars, we’re not exposed to that kind of cold anymore.

But because our ancestors were in constant freezing temperatures, they had lots of brown fat, so their bodies could have simultaneously become insulin resistant in the cold to raise blood sugar (to raise the freezing point of their bodies) while also giving their brown fat plenty of fuel to keep them warm. Essentially, their diabetes functioned as an anti-freeze, and because they had brown fat, their blood sugar levels never reached critical levels and they were able to survive.

Which brings us back to the increase in type 1 diabetics in Finland and why the majority of us are diagnosed between November and February. Could there be a latent evolutionary reaction to the cold weather that puts our body on the diabetes track? It’s been theorized that diabetes is a combination of genetic and environmental factors. Could one of the genetic factors be this adaption from thousands of years ago? And could the environmental factor simply be cold weather? In modern-day humans, unfortunately, if the body slows down its insulin production to increase blood sugar level, there is no brown fat present to use up the blood sugar to keep warm, and that could be where our modern-day diabetes comes from. In theory, of course.

Might seem crazy, but as Dr. Moalem points out, “Evolution is amazing — but it isn’t perfect. Just about every adaptation is a compromise of sorts, an improvement in some circumstances, a liability in others.”

This certainly doesn’t explain every single case of diabetes, but it could help explain many.

In addition to the onset of diabetes, cold weather has anecdotally been shown to raise A1C levels in folks who already have diabetes.  As the cold weather sets in, PWDs occasionally complain of a strange phenomenon in which they suddenly need more insulin, and every Spring, as the weather warms up, they suddenly need less. While there could be a variety of reasons for this happens (i.e. holiday food, less exercise), cold weather seems to play a bigger role in our diabetes management than we might think. Or, at least we have something else to blame our wonky BGs on!

What do you think of the Ice Age theory? Were you diagnosed in the winter or do you see an increase in blood sugar during the colder months? Weather-sensitive PWDs, we’d like to hear from you!