Consensus on Victoza = Victory Over Diabetes, Worth the Discomfort

My Spring post on the new injectable type 2 diabetes drug Victoza is in the running for one of the most-commented-ever blog posts here at the ‘Mine.  Over 100 people now taking the medication have chimed in.

Victoza, for the unfamiliar, is a new once-daily form of the new-generation GLP-1 drugs that stimulate pancreas cells to release insulin in people with type 2 diabetes. It’s a head-to-head competitor with the injectable drug Byetta, and both have the happy side benefit of aiding weight loss. 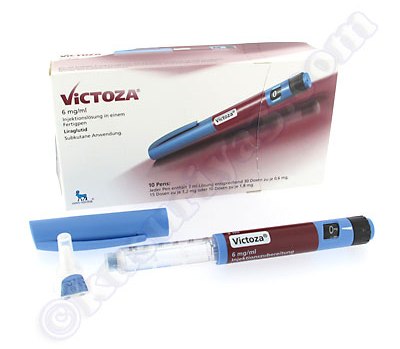 The comment thread, for someone like me who’s on insulin only and no other diabetes drugs, is frankly kind of scary. Readers complain bitterly about nausea (mild to “horrendous”), vomiting, headaches, and severe constipation. A few patients said they’ve experienced “itchy welts developing at my injection site” — although others said they only got those with Byetta.

Boy, if my diabetes meds made me that miserable, I’d be off them in a second! The big stomach reaction is one of the main reasons I’ve never even considered Symlin (with a nod to the ever-brave-and-much-longer-type 1-than-me Kerri, debating it now).

But despite all the icky effects, the folks sharing their Victoza experiences seem to agree that the results are worth the discomforts. Victoza is apparently very effective at keeping BG levels down, even after a large meal. And it’s a strong appetite suppressant, allowing people who’ve been struggling for years to finally lose weight — reportedly from around 6 pounds up to 75 pounds! Some even compared it to lapband surgery.

Most users are very enthusiastic, notwithstanding concerns about doctors upping their dosage.  Patients are usually started off at a 0.6 mg dose, and then gradually increased to 1.2 mg, and eventually to a 1.8 mg daily dose.

A reader here named Sarah writes: “My Endo said the Victoza might have complicated the colitis that I was just hospitalized for because it can cause loose bowels…. (but) despite the side effects, I’m sticking with Victoza. I haven’t weighed this amount for 6 years. I want to see where this goes.”

And check out this testimonial blog post on “Victory with Victoza.” Los Angeles resident Selena says with Victoza, she can finally eat breakfast cereal again. (Hey, that’s a big deal for people with diabetes! How I miss cereal myself — sends me into the stratosphere)

I supposed it was mainly the fewer-injections-required helping Victoza to overtake Byetta in the market. But bNet explains there’s more to it:

“Notwithstanding its premium pricing (top dose is about 50% more costly than Byetta) and a weaker formulary status, Novo sales reps have been successful in communicating benefits unique to Victoza:

These two drugs will soon have even more competition, once Roche’s new GLP-1 called taspoglutide (delayed for up to 18 months due to hypersensitivity problems in trial subjects) and GlaxoSmithKline’s new Syncria (or albiglutide, also a once-weekly injection — now in late-stage trials) hit the market.

And I suppose they’ll have the same effect: causing nausea — and at the same time euphoria — wherever they go.

Note: For more background info on Victoza, see this interview with the manufacturer at ASweetLife.com.