Got questions about navigating life with diabetes? Ask D'Mine! Our weekly advice column, that is — hosted by veteran type 1,diabetes author and educator Wil Dubois.

This week, Wil offers some thoughts on that universal question: "How long can I really go without insulin?" Please take a read; his findings might surprise you and even bust a myth or two.

But as a precautionary reminder: this topic would fall into the category of "Don't try this at home"!

{Got your own questions? Email us at AskDMine@diabetesmine.com}

Jake, type 1 from Minneapolis, writes: I've had diabetes for 18 years and I had someone ask me a question the other day that I didn't really have an answer to. The question was how long I would be able to survive without any insulin. I told them 3-4 days, but I don't know if this is true. Any info from a cinnamon whiskey-swizzling T1?

Wil@Ask D'Mine answers: If Tom Hanks' character in Castaway had been one of us, he would've never lived long enough to go half-crazy and end up talking to a volleyball named Wilson. 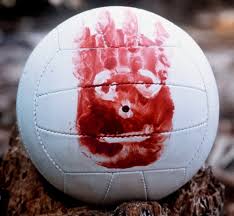 OK, so that's a mixed blessing. But I guess the lesson there is: don't get washed up on a deserted island if you can avoid it.

To be honest, like you, I had always pegged my zero-insulin survival time in the "couple of days" zone; but once I got to thinking about your question I realized that I didn't know how I knew that, where I learned it, or if it was even correct at all.

So I set out to do some fact-checking.

Now, as background for you sugar-normals, type 2s, and type 3s—in type 1s like Jake and me, if we run out of insulin hyperglycemia sets in. That leads to diabetic ketoacidosis (known as DKA by its friends), which then (untreated) leads to death.

This is old news. But how fast is the process, really?

Well, there are a number of variables, the most critical being: Are you really out of insulin, or just low on insulin? Some type 1s use basal insulin, which has some effect for a full day or more after the last shot. Others of us PWDs use pumps, and the insulin from the pump only lasts for four hours. The bottom line here is that if two type 1s were captured by terrorists (hey, it could happen!), and if the terrorists took away their insulin, the guy on the pump dies before the guy on shots.

Generally, the first signs of DKA show up once one of us T1s has been north of 300 mg/dL and out of insulin for four hours; but how quickly things get out of hand at that point is highly variable. For some of us the shit hits the fan quite quickly. Others can wander around in a daze for days. I think the two largest driving factors are the carb and insulin loads. If you have even some insulin in your bod, it can hold DKA off even when you are high. Also, if you keep it Atkins-style when you are high, you're not adding fuel to the fire; while if you gobble down pecan pie a la mode when high, it only makes matters worse.

But those variables aside, let's cut to the chase. Let's assume the insulin is gone: zero, zip, nada. Insulin has left the building. Regardless of the carbs that caused it, let's assume the smoky fires of DKA have started. The clock is ticking. Without help, your doom is only a matter of time. So how much time, exactly?

There's no end of info on the pathophysiology and pathogenesis of DKA. I found 1,590,000 links to articles on the condition on Google. All of them say that, left untreated, DKA is fatal. But none of them says how fast death comes. I know, because I read all 1,590,000 articles myself, and am now out of cinnamon whiskey. And there's no end of speculation on the subject in the online community, but can we find any facts?

Looking at historical records from doctors Joslin and Allen before the advent of medical insulin, we see that they were generally able to keep patients alive for months, sometimes more than a year, by them to death. Literally. Joslin proudly wrote that,"Whereas formerly the prognosis for children less than ten years of age was measured in months, today it is rare for a child to live for less than one year." But, of course we now know that the onset of type 1 is a messy affair. The autoimmune process that drives it isn't an overnight process. Insulin production lingers for many months. Ultimately, all of Joslin's pre-insulin patients died. 100% of them. I suspect that the ones who didn't starve succumbed once their insulin production dropped to zero.

So, I don't think we can really look to history to answer our question. History can only show us how long we can suffer starved in the honeymoon phase of the disease; not how long a full-fledged type 1 will last sans insulin.

Next, it occurred to me that most cases of DKA in our country, even the 2,400 fatal ones each year, receive some sort of medical intervention. And what we need is deserted-island DKA data. I thought to look to the Third World for some info, as type 1 outcomes are pretty grim there. Did you know that lack of insulin is the leading cause of death of children with type 1 in Africa? But, alas, while I was able to find cinnamon whiskey-inspiring life-span statistics, I was unable to get any hard data on how many hours/days/weeks/or months Third World type 1s last without insulin.

So in the end, I reached out to one of the smartest endo's I know, Dr. Silvio Inzucchi, who runs the Yale Diabetes Center (and who, ironically, got his MD at arch-rival Harvard). Dr. Inzucchi admitted this is a tougher question than it appears on the surface. He pointed out that many type 1s can have some "residual beta-cell capacity" even "years" after diagnosis. He tells me that how fast DKA advances also depends on how well you keep yourself hydrated, and how many carbs are feeding the highs. But, quoting the good doctor: "I will see that in someone with 0% insulin production, they'll begin to fall ill within 12-24 hours after last insulin injection, depending on its duration of effect. Within 24-48 hours they'll be in DKA. Beyond that, mortal outcomes would likely occur within days to perhaps a week or two. But I could not see someone surviving much longer than that."

Of course, he helpfully points out that "if they made some insulin, the course could be protracted to weeks or months," giving me flashbacks of Joslin and Allen and starving children.

So, Jake, I see you just got your 18-year pin as a member of our club. I wouldn't put much money on you having any insulin production left. No insulin buys you DKA within a day, two at the most. Then Dr. Inzucchi predicts "mortal outcomes," possibly within days. Two weeks at the outside.

Huh. Sounds like a two-week notice we should both avoid giving.

This is not a medical advice column. We are PWDs freely and openly sharing the wisdom of our collected experiences — our been-there-done-that knowledge from the trenches. But we are not MDs, RNs, NPs, PAs, CDEs, or partridges in pear trees. Bottom line: we are only a small part of your total prescription. You still need the professional advice, treatment, and care of a licensed medical professional.