One of the biggest issues in the diabetes world right now is of course Access and Affordability. So how did this come up at the annual American Diabetes Association’s Scientific Sessions in early June, you may wonder?

Well, with some mixed messages, in our eyes.

There was certainly significant buzz around this huge event gathering 16,000+ medical professionals from across the globe, and some of the keynote speeches called out the economic crisis. Yet there were not a lot of specifics on how to address it, making much of it appear to be more lip-service than anything. And even as speakers were encouraging more collaboration and transparency, the ADA was still enforcing its no-photo policy that flew in the face of calling for openness at this year’s conference.

Do the Right Thing

With so much frustration these days about advocacy styles and the close industry ties of big orgs like ADA, you would’ve thought the organization would be very mindful of that going into the #2017ADA event. But not so, apparently, and that just fueled more criticism.

During the big Insulin Pricing session on Saturday, one of the presenters called the ADA out on their lack of open reporting on financial ties to industry, and the conflicts of interest that may represent (one slides showed the ADA’s top donors are Novo, Lilly and Sanofi with millions contributed). Other speakers echoed the call for more openness across the board.

“We need more transparency, to know how money is changing hands,” said Dr. Kasia Lipska of the Yale School of Medicine. “I’m sad to say, Banting’s fears have been realized (re: how profits trump patient health with insulin pricing) today.”

During an Artificial Pancreas research update, D-advocate Adam Brown of Close Concerns challenged researchers on whether they are focusing on the cost and access component enough, when looking at next-gen innovations. He noted that maybe instead of focusing on improving the D-tech to be 90% ideal for only 10% of PWDs (people with diabetes), we should instead work to make it ~70% better for a wider range of people. That drew some interesting discussion, but unfortunately it seemed many of the researchers in attendance didn’t think cost concerns should factor into research.

The Saturday Insulin Pricing session was one of the most widely talked about and attended; Dr. Irl Hirsch, a longtime type 1 himself and a vocal expert on this issue, moderated the discussion “Dealing with the Rising Cost of Insulin.“

From Yale, Dr. Lipska was the first to present and she went through a pretty straightforward history of insulin discovery and development, all leading up to the incremental changes and rising prices we’ve seen over the past decade or so. While it’s now becoming more common knowledge, it was amazing to see her slides showing more than a dozen price-hikes since 1996, and how insulin price tags have skyrocketed by 700% over the past 20 years!

Dr. Alan Carter of MRIGlobal and a pharmacy professor at Univ. of Missouri-Kansas City delved into the players in the drug pricing system, really shining the spotlight on both Pharma and Pharmacy Benefit Managers (PBMs) given his experience managing formularies and formerly being under “gag orders” involving PBM practices. He pointed to generics that typically see price decreases by the time the 9th-generation rolls around, but it’s different for insulin because generics don’t exist, and manufacturers keep making incremental improvements that are largely not much better than they were more than a decade ago.

Yet amazingly, largely due to patent protections and also “not quite illegal collusion that isn’t really collusion,” the market allows insulin prices to rise ridiculously. One of the best ideas Dr. Carter suggested was that the SEC actually start to regulate PBMs, much like a utility. That would allow for price capping, he noted. Since these PBMs actually have banking ID numbers and tend to operate financial wizardry by distorting rebates and pricing numbers, regulations and routine audits could force change within the industry and thereby improve the situation for patients.

Dr. David C. Robbins of the Univ. of Kansas Diabetes Institute was the most controversial of the presenters, suggesting some off-the-wall notions at times such as returning to urine testing instead of fingersticks (seriously?!) and that patients share in the blame of high insulin costs…?!

OK, Robbins did call out the ADA for its financial ties to industry and urged the organization to be more open about its sponsorships and funding, especially during big conferences like the SciSessions and when it’s doing supposed “patient-focused” advocacy that could directly conflict with those Pharma relationships. Robbins also asked the healthcare professionals in the audience about their own biases, saying that a recent survey showed most didn’t believe they were influenced by Pharma lunches and other perks, but a majority did believe their colleagues were influenced.

“We are subject to market forces and motivations that aren’t based on logic and fact,” he said. “They’re based on approving new products rather than producing better ones, and we’re all often subject to conflicts.”

Robbins encouraged everyone — HCPs, orgs, Pharma, regulators and patients — to work together on addressing this insulin pricing problem. He said that patients need to be more educated consumers and raise our voices to make sure doctors and educators are staying honest and transparent, while at the same time urging the ADA and other orgs to do the same. He summed up the calls-to-action for various groups this way: 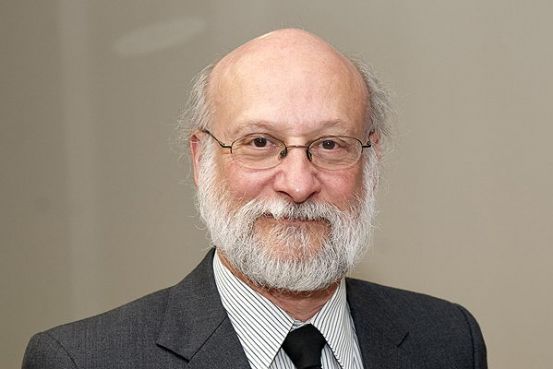 Dr. Robert Ratner, who recently stepped down as the ADA’s chief scientific and medical officer, returned to the ADA conference this year as an independent voice. In his presentation, he sometimes defended the org’s work during his time there, and at other times called them out for not doing a better job earlier on addressing insulin pricing and access.

Ratner said opening up the black box of insulin pricing is the best way forward, and right now the Type 1 Diabetes Defense Foundation is an organization paving the way for that with a series of class-action lawsuits against Pharma, PBMs, and insurers that have a hand in this drug pricing system. He pointed to state lawsuits spurring change in the tobacco industry, something we may be heading toward in insulin pricing revolution. Those lawsuits lead to discovery, then transparency, and ultimately change. Ratner also pointed to legislative efforts, such as what’s happening in Nevada and other states that’s been proposed in Congress.

As Seen on the Expo Floor

For whatever it’s worth, two of the three Big Insulin makers did address this big elephant in the room on the exhibit hall floor — Eli Lilly and Sanofi highlighted the Access and Affordability Crisis in their massive displays. Interestingly, Novo Nordisk did not.

Lilly: Had a specific booth on Patient Access & Affordability set up — one side had a brief two-minute video about insulin cost and discount programs, noting that the company’s working on savings options as well as ensuring rebates impact patients at point-of-sale. On the other side where a Lilly rep was standing, visitors were invited to “Ask us about immediately affordability solutions and how we can address this issue for patients in the future?“

So we did. The two reps who answered our questions about, “I am an unsured, middle class guy with type 1 who can’t afford my monthly insulin — so what can you do for me?” pitched BlinkHealth and GoodRx programs as options, and offered a brochure as well as pointing me to its newly-created site, InsulinAffordability.com. Much of this was familiar, based on what we heard during the Lilly Diabetes workshop in April and beyond.

Sanofi: Was mostly on the same page even though they didn’t have a one-stop hub, but rather individual displays for its different D-meds and insulin including cost-specific details. The company largely highlighted its co-pays and discount savings cards for each medication, offering brochures for each drug and also echoing those themes from reps scattered around the exhibit hall floor. We tried to garner more policy-level aspects from the Sanofi reps on hand, but they mostly weren’t prepared to talk.

While Patient Assistance Programs (PAPs) and discounts are important band-aids that too many struggling PWDs just don’t know exist, we recognize these aren’t long-term fixes and can’t be the only solutions.

Still, at least the issues got recognition on the exhibit hall floor, and from our view it seemed many HCPs were interested in finding out more.

As we reported earlier this week, the research presented and discussed delved into this economic aspect of diabetes care more than we’ve seen in years’ past.

At least one very interesting access-related poster involved the issue of Non-Medical Switching (aka, “My insurance company is making me switch to Medication B, even though my doctor prescribed Medication A for me!“). This has been in the limelight for more than a year now, with the #DiabetesAccessMatters and #PrescriberPrevails initiatives pushing back on these practices. It’s good to see this research happening, to document the actual impact this trend is having on us patients.

The nonprofit Children with Diabetes (CWD) organization actually held a roundtable discussion on this topic in the early morning hours on June 12, bringing in nearly two-dozen people from ADA, AADE, JDRF, the College Diabetes Network, TCOYD and diaTribe as well as other groups, some industry folk and medical professionals. The non-profit Alliance for Patient Access (AfPA) was there, too, as part of its effort to create a Diabetes Policy Collaboration aimed at bringing patient voices and professional orgs together to explore policy relating to D-access. I was humbled to be there, listening and participating as as needed.

The two leaders of the discussion were Dr. Grunberger, a veteran endo in Metro Detroit who is past president of the American Association of Clinical Endos (AACE); and Dr. Ken Moritsugu, a former U.S. Surgeon General who worked for JnJ and has been involved with CWD for years — and happens to have been living with type 1.5 LADA for the past 15 years since age 35.

“I am very concerned when science is overtaken and trumped by the financial, and in my opinion non-medical switching doesn’t balance those,” Dr. Moritsugu said. “The insidious nose of the camel is in the tent and we must affect non-medical switching now before it gets into the system and become a matter of course.”

“It’s a criminal act,” he said about payer decision-making. “They are practicing medicine without a license. I can’t give out meds from my office without a prescription… but they can when they don’t practice in (my state) and can override my decision?” Grunberger says 90% of his staff time is taken up by “this idiocy… that’s not why they went into medicine and it’s not even reimbursed. This contributes ZERO to a patient’s well-being.”

Some important takeaways we got from this conversation:

CWD is putting together a summary of this meeting to present to families at the annual CWD Friends For Life conference in early July. From there, they hope to create formal consensus statement by late July or early August.

“We have to let families know they are not innocent bystanders in this,” says CWD founder and D-Dad Jeff Hitchcock. “This is just the beginning.”

Working Together for Change

All of this ties in to broader policy discussions and advocacy efforts in healthcare and diabetes — Congressional and legisltive meetups, state and federal legislation, employer initiatives to tweak this from their end, litigation where plaintiffs are forcing more info-sharing, growing media coverage and creative-thinking on sharing these stories, and grassroots advocacy from the likes of non-profit T1International pushing #insulin4all within the U.S. and globally.

Of course, no one has to support every single policy push or advocacy effort, and we can certainly disagree on certain elements. But there’s no doubt that we are more powerful united, rather than divided.

Here’s to raising the bar on every piece of this puzzle, and everyone who is raising their voices in some small way to make a difference. Let’s keep up the noise, D-friends!