What to Know About Your Immune System with Diabetes

I honestly thought that living with type 1 diabetes — an autoimmune disease — meant my immune system was pretty much shot. But my husband and daughters tend to get common colds faster and stay sick longer than I do. How can this be?

Especially with the current heightened threat of coronavirus with diabetes, I felt a need for a better understanding of the human immune system and how it is impacted by diabetes.

Investigating, we discovered nine intriguing things to know on the topic:

The human immune system is a three-layer deal.

First off, did you know that the immune system is composed of three “layers” or mechanisms? According to :

The immune system’s responses to bacterial and viral infections are quite different.

The body reacts to disease-causing bacteria by increasing local blood flow (inflammation). Also, the immune system produces antibodies that attach to the bacteria and help destroy them. The antibodies may also inactivate toxins produced by particular bacterial pathogens, for example in the case of tetanus or diphtheria. Antibiotic drugs treat bacterial infections by either killing off the specific type of bacteria or preventing them from multiplying.

When you contract a viral infection, like the novel coronavirus, the body is invaded by tiny microorganisms, even smaller than bacteria. Viruses are parasitic, meaning they require living cells or tissue in which to grow and multiply. Some viruses even kill host cells as part of their life cycle.

Your immune system can in two different ways:

Without getting into the medical nitty-gritty, viral infections are complicated, as they can change and adapt. That’s why must be changed every season.

This according to Dr. Richard Jackson, endocrinologist and former director of medical affairs at the Joslin Diabetes Center in Boston.

“There are a few other autoimmune endocrine disorders that are slightly more likely if you have type 1 diabetes. Autoimmune thyroid disease is the most common, resulting in either an overactive or underactive thyroid.”

What this means is that a person with T1D who maintains healthy glucose control is no more or less likely to get colds or flu than a person without diabetes.

In terms of a viral infection like the 2020 coronavirus, the problem for people with diabetes is being at higher risk for developing complications or dying if they do contract it, according to the American Diabetes Association.

To clarify, Jackson notes that when most authorities talk about people with diabetes being at elevated risk, “they are thinking of older people with type 2 diabetes who may have multiple comorbidities, not the typical person with type 1.”

“People with poorly controlled diabetes are more likely to have infections and more complicated illnesses overall — but your glucose has to be pretty high for a long time,” he adds.

A weakened immune system is NOT a cause of the common cold.

To be clear, having an autoimmune disease like T1D does not make you more prone to the common cold, Jackson says. It just means that if and when you do get sick, things can escalate and you can be in danger of experiencing DKA (diabetic ketoacidosis). You need to take special care of yourself with a sick day plan geared towards keeping blood sugar levels in control.

“Having one to two colds per year that is actually a sign of a healthy immune system,” writes Dr. Martin Gleixner of the Boucher Institute of Naturopathic Medicine in Canada. “You can think of the infections as a yearly tune-up… Never getting sick (or when colds and flu lingers for many weeks) are markers of a weakened immune system.”

If you’ve ever been to see a doctor who specializes in allergies, you may have noticed a sign on the door: “Allergy and Immunology.” Yup, they go hand-in-hand.

“For some reason, in people with allergies, the immune system strongly reacts to an allergen that should be ignored. The allergen might be a certain food, or a certain type of pollen, or a certain type of animal fur. For example, a person allergic to a certain pollen will get a runny nose, watery eyes, sneezing, etc.,” Joslin’s Dr. Jackson tells DiabetesMine.

People with one autoimmune condition can be prone to getting a second one too. In the case of T1D, that second is often thyroid disease, or, you guessed it — an of some kind.

Women unfortunately get autoimmune disease far more often than men, which has baffled researchers for decades. New evidence shows this may have to do with a key “molecular switch” called VGLL3 that researchers found more often in women’s skin cells than in men’s.

Another scientific theory is that the testosterone in men’s bodies serves to protect them from autoimmune disease.

Once diagnosed, there doesn’t seem to be any difference in the disease severity or progression, but it’s interesting to know that on the whole, women’s immune systems have a higher propensity to go haywire.

The No. 1 way to boost your immune system is reducing stress.

“There is overwhelming evidence that stress — and the substances secreted by the body during stress — negatively impacts your ability to remain healthy,” says neurophysiologist Dr. Carl J. Charnetski of Wilkes University in Pennsylvania. “There are dozens, if not hundreds, of studies attesting to how stress affects the body’s ability to respond to infection.”

This just as true for people with diabetes as for the general public.

In our modern times, “worries about the coronavirus, the stock market, and the general disruption of life have added to our stress levels, but we know that stress also can make you more susceptible to respiratory illness,” writes Tara Parker-Pope at the New York Times.

Suggestions to reduce stress include exercise, meditation, controlled breathing, and talking to a therapist.

Other tactics for boosting the immune system include:

Vitamin C has a lot of proven health benefits. But whether it actually boosts your immune system is most likely myth/legend, according to many medical experts.

Research has shown that vitamin C supplements can reduce the duration of colds in the general population — by about one day on average — but the supplements did not prevent the common cold.

If you do choose to take vitamin C in hopes of boosting your illness resistance, you don’t need massive amounts. “Around 200 milligrams a day seems to be a generally agreed upon amount and one that can be automatically obtained by eating at least six servings of fruits and vegetables a day,” says Dr. William Sears of Harvard Medical School’s Children’s Hospital in Boston.

“If you do take vitamin C supplements, it’s best to space them throughout the day rather than take one large dose, most of which may end up being excreted in the urine,” Sears adds.

The immune system may be trainable.

Researchers have been working on this for nearly two decades, most intensely in cancer research. The hope is of course to be able to cure diseases by changing the immune system’s response.

After a was held recently in the Netherlands, experts reported that the approach is still in its infancy, but “continued studies… will offer new therapeutic opportunities that can be personalized in the future.” 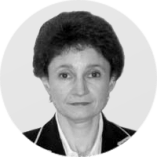